The wireless carrier added more than 1 million customers for the 18th consecutive quarter.

T-Mobile added 1.3 million net new customers, which helped its total subscriber count top 70.7 million by the end of the third quarter. Of those new customers, 817,000 were of the postpaid variety, including 595,000 net postpaid phone customers. Postpaid subscribers pay monthly bills and are typically the most valuable customers for wireless carriers.

T-Mobile continues to use innovative promotions to fuel its customer growth. In September, it announced that its family plans will now include a free Netflix ( NFLX -2.33% ) subscription. 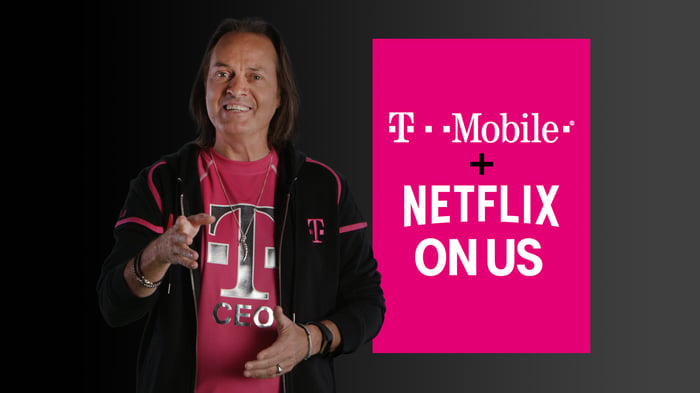 In the press release announcing the deal, the company stated:

T-Mobile has completely disrupted wireless, and Netflix has totally disrupted entertainment. What happens when you bring two disruptors together? Get ready to find out!

Just step back and look at these financial results -- they're incredible! Record service revenues, record free cash flow, record Q3 adjusted EBITDA -- and that's on top of 18 quarters in a row with more than one million customers added. We're delivering results that no one else can match and have proven time and time again that we know how to fight for customers and win for shareholders. We won't stop!

Legere may be more flamboyant than the average CEO, but T-Mobile continues to back up his bold statements.

Notably, T-Mobile declined to conduct its usual conference call with analysts after its earnings release. In a question-and-answer document (opens a PDF) posted to its investor-relations website, the company stated:

Our incredible Q3 results speak for themselves! We want to keep the focus on those results, without letting them be drowned out by the rumors that have been swirling around. As it relates to those rumors, we've got nothing to share.

The rumors T-Mobile is referring to are recent reports that it will merge with No. 4 U.S wireless carrier Sprint ( S ). Such a deal could make the combined company an even more formidable foe to current industry leaders Verizon and AT&T. However, even if T-Mobile and Sprint were to agree to a merger, regulators would probably give it heavy scrutiny.

Regardless, with another quarter of what's expected to be industry-leading customer gains, T-Mobile continues to expand its share of the massive U.S. wireless industry.