Please ensure Javascript is enabled for purposes of website accessibility
Log In Help Join The Motley Fool
Free Article Join Over 1 Million Premium Members And Get More In-Depth Stock Guidance and Research
By Steve Symington - Oct 25, 2017 at 9:00AM

But the home robot maker is only just getting started.

In the meantime, with shares of the home robotics specialist up around 6% in after-hours trading as of this writing, let's take a closer look at how iRobot started the second half of the year. 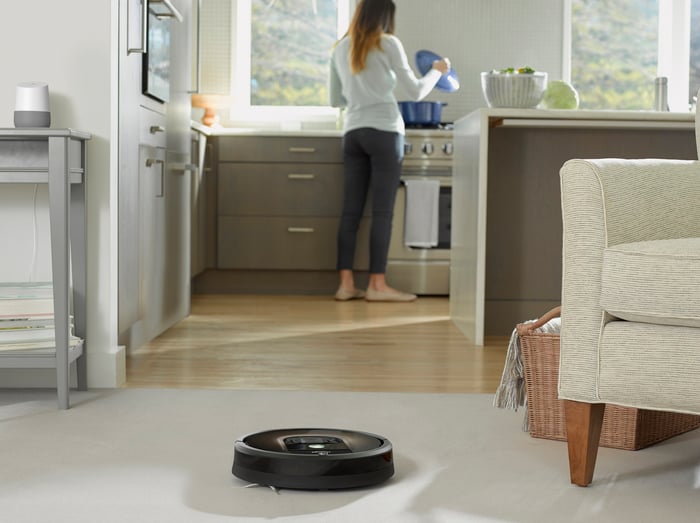 We delivered another outstanding quarter in which total revenue grew 22% over Q3 last year. Based on our Q3 results, and on our Q4 outlook fueled by continued positive momentum in the United States and in EMEA, where growth is accelerating, we are increasing our full-year 2017 financial expectations. [...] U.S. household penetration of robotic vacuum cleaners is still less than 10%, so there is plenty of runway domestically and even more overseas. With the leading global segment share, at a time when adoption is accelerating, we are in an excellent position to capitalize on the momentum to drive future growth.

All things considered, from its solid quarterly beat to its freshly increased guidance and a potent reminder that its growth story is still in its early stages, this was a fantastic quarter for iRobot by any measure. And it's no surprise to see the market aggressively bidding up the stock in response.