Revenue checked in at $163.1 million, a 32% jump from the prior-year quarter; the result topped analysts' estimates calling for $159.63 million. The company reported earnings of $0.28 per share, surpassing the consensus analyst forecast of $0.24 per share. User growth and order volume also remained strong in the quarter: The number of active diners jumped 28% year over year to 9.81 million, while "daily average grubs" (DAGs) came in at 304,500, notching a 14% increase year over year. 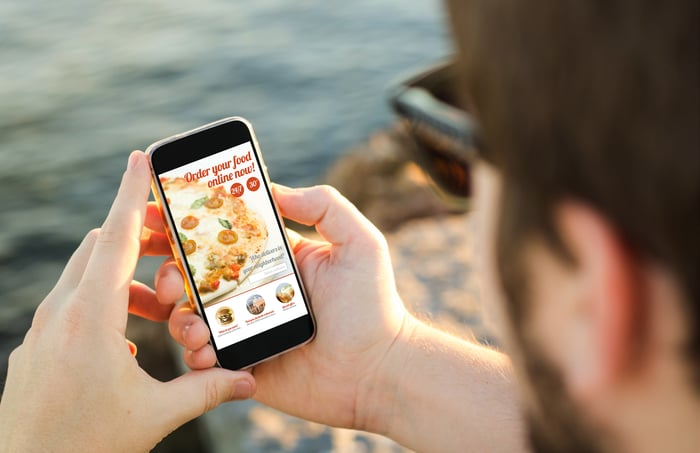 "Grubhub generated both record revenue of $163 million and record Adjusted EBITDA of $1.54 per order in our seasonally soft third quarter," commented Grubhub CFO Adam DeWitt in a press release. "Our ability to improve profit per order while simultaneously investing for growth through product improvements, restaurant sales and broader consumer advertising underscores the financial strength of our model and the consistently growing value of our two-sided network."

Giving investors even more optimism going forward was that Grubhub recently completed all three of its acquisitions for roughly $360 million in cash. Those acquisitions include Foodler, a New England online delivery platform, and 27 of OrderUp's markets. For now, business is good but there's no question investors remain concerned that competition with Amazon.com's (NASDAQ: AMZN) restaurant-delivery service and the UberEATS food-ordering platform will heat up sooner rather than later.