An iPhone launch can still flop, even if demand is strong.

Over the past decade, Apple's (AAPL 1.62%) financial performance has become increasingly reliant on a single product: the iPhone. This is not news. These days, the iPhone typically comprises between 60% and 70% of revenue in any given quarter.

For most of the iPhone's history, Apple only released a single model per year, efficiently focusing its development resources and strategically choosing product depth over product breadth, which incidentally concentrates product risk. Starting in 2013, Apple released two models per year, and then unveiled three models in 2017 for the first time. Theoretically, diversifying the lineup reduces risk, but ultimately the disproportionate importance of the iPhone inevitably created a massive risk factor that investors have had to contemplate for years: What if an iPhone flops? 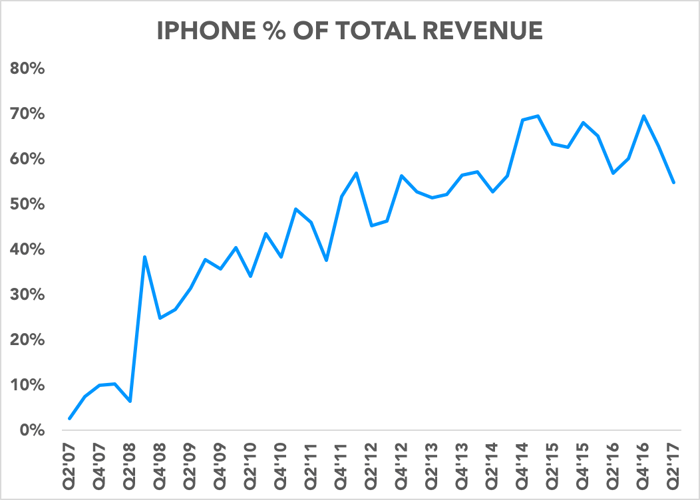 The possibility of an iPhone flop hasn't really been an issue thus far. Even when some headline features prove to be gimmicky novelties (like Siri initially or 3D Touch), Apple's marketing department picks up the slack and still convinces consumers that they need it.

Fortunately, Apple has mostly enjoyed successful iPhone launches every year. The company has a strong track record of introducing new features that consumers covet so much that they line up for days. Meanwhile, Apple has been able to overcome prior supply constraints with relative ease, particularly back when Tim Cook was COO and earned the reputation of being an adept supply chain coordinator and efficient operator. 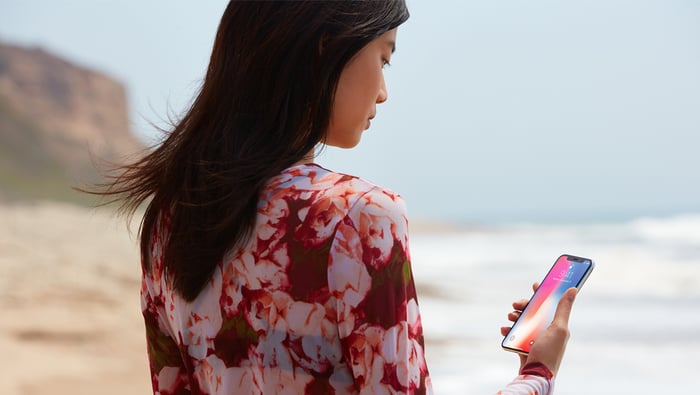 There are two main ways that an iPhone could flop: The product itself could fail to impress and demand could falter, or Apple could fail to execute in meeting demand even if the product is strong. It's this latter scenario that is currently unfolding before our eyes.

With daily reports detailing iPhone X production challenges, the all-important new flagship looks more and more like it will be a flop. Not because the product itself is weak -- quite the contrary, iPhone X looks like an incredible smartphone -- but more due to Apple's inability to meet demand. In no uncertain terms, a failed iPhone launch is investors' worst nightmare, one that promises to wreak havoc on financial results during Apple's most important quarter of the year.

Due to the highly volatile and competitive nature of the industries in which the Company competes, the Company must continually introduce new products, services and technologies, enhance existing products and services, effectively stimulate customer demand for new and upgraded products and successfully manage the transition to these new and upgraded products. The success of new product introductions depends on a number of factors including, but not limited to, timely and successful product development, market acceptance, the Company's ability to manage the risks associated with new product production ramp-up issues, the availability of application software for new products, the effective management of purchase commitments and inventory levels in line with anticipated product demand, the availability of products in appropriate quantities and at expected costs to meet anticipated demand and the risk that new products may have quality or other defects or deficiencies in the early stages of introduction. Accordingly, the Company cannot determine in advance the ultimate effect of new product introductions and transitions.

The production and supply issues this year appear to be worse than they've ever been, and the supply chain logistics also sound more complicated than ever before due to how much technology Apple is packing into iPhone X. While demand outstripping supply is generally a good problem to have, and one that Apple is all too familiar with (and it's still better than the inverse scenario), that demand is only as good as Apple's ability to meet it in a timely fashion.