Brand matters. Both for shoppers and investors.

If you're an investor looking for help in sussing out strong brands, look no further than Interbrand, which has been ranking corporate giants by assigning a value to their brand for 18 years. It's found the big names typically outperform leading indexes, such as the MSCI World Index, a broad global equity benchmark that covers the performance of more than 1,600 large- and mid-cap securities across 23 developed-market countries.

Below are the 10 largest brands that don't call the U.S. home, the companies' rank on the latest list, and Interbrand's assessment of "brand value."

It's immediately clear that these 10 companies cover three broad sectors: technology, automotive, and retail. Let's look more closely at the top companies in each category. 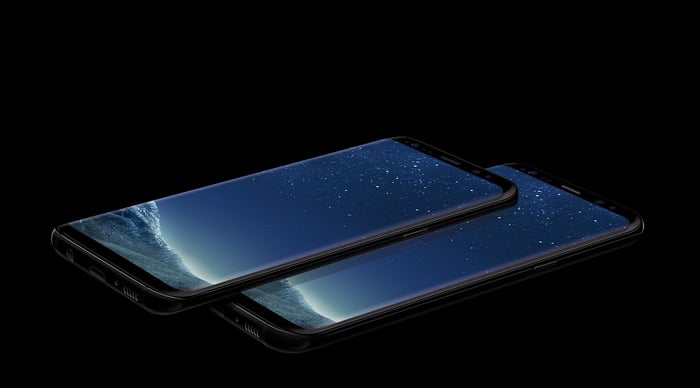 This South Korean multinational is a conglomerate in every sense of the word, straddling technology (Samsung Electronics), shipbuilding (Samsung Heavy Industry), insurance (Samsung Life Insurance), and more. It's a family-run company with more than 60 companies under its umbrella, but it is the technology business that garners the most value.

In some ways, it's been a stellar year for the company. Samsung just reported record third-quarter profits that overtook Apple as the Galaxy S8 smartphone was released to superlative reviews, and its chip business benefited from higher prices due to tight supplies and high demand. However, the executive suite is in turmoil. One of Samsung's three co-CEOs was just sentenced to jail on bribery charges and the head of the electronics division abruptly resigned, blaming the "unprecedented crisis" at the company.

Such mayhem at the top may affect Samsung's ability to retain its premier position on the Interbrand survey next year. 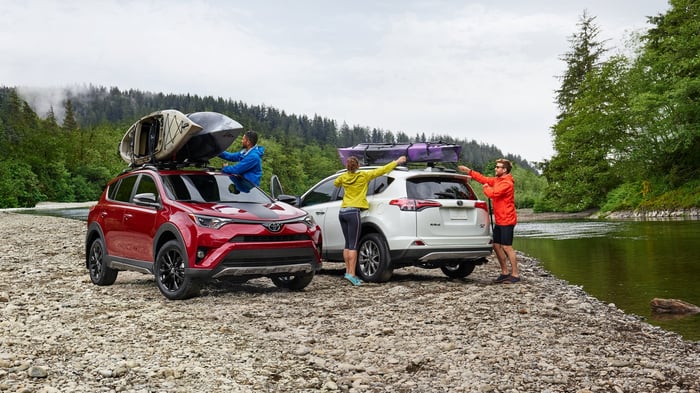 U.S. car sales are slowing, but you might not notice it at Japan-based Toyota, where sales last month surged 15% compared to an industry gain of 6% as buyers returned to the market to replace cars damaged by Hurricanes Irma and Harvey. Over the first nine months of the year, Toyota's sales were up 3% compared to a 1.6% decline by the industry.

The Japanese carmaker is the third-biggest auto manufacturer behind General Motors and Ford, selling 1.8 million cars so far in 2017 versus the 2.1 million GM has sold and the 1.9 million Ford moved. Yet where the American carmakers are showing lower sales in 2017, Toyota is showing growth.

What's driving Toyota forward is its crossover SUV, the RAV4, which was the top-selling car last month and year to date, with sales surging 20% year over year. Toyota vehicles make up 20% of the top-selling vehicles in the country, more than any other manufacturer. 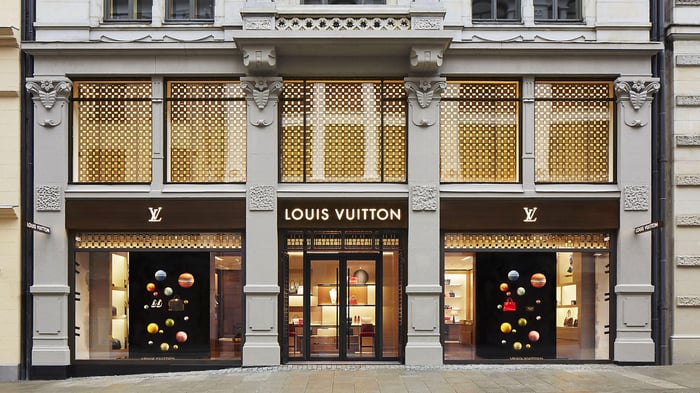 It's probably not surprising to see luxury brand Louis Vuitton on the Interbrand top global brand list, considering it is the world's largest luxury goods maker and has been a fixture of haute couture for over 160 years.

But the brand consultancy notes that not only is Louis Vuitton undergoing massive changes as technology upends the luxury market, but the industry itself is being driven along as well by the creation of the "luxury experience."

Fortunately for Paris-based Louis Vuitton, it is at the head the revolution. In particular, Interbrand notes the luxury travel market is set to become a $5 billion industry by 2020, and Louis Vuitton "owns 'the journey,' " having introduced a new, connected watch and opened its first e-commerce store in China.

Beyond just high-end clothing labels, its parent, LVMH (OTC:LVMHF), is also benefiting from the premiumization trend that is occurring in spirits (and wine and beer, too). It also owns the champagne brand Moet & Chandon as well as Hennessy cognac.

The company's CFO said the fourth quarter may be challenging, as unknowns such as Brexit and the Trump presidency may impact tourism, stating, "We still feel the challenges identified at beginning of year are still there." Yet with a century and a half under its belt, Louis Vuitton will likely weather whatever storm its faces with aplomb.

All three of these companies have brand power that make them worthwhile for investors to take a look at.