With results this good, now is as good of a time as any to improve the balance sheet.

Even though we saw housing starts take a slight dip in September, it doesn't look like it impacted M/I Homes' (MHO 3.50%) most recent quarterly results. The company's third-quarter earnings came in 82% higher than this time last year, and its operating metrics imply that the company should do even better from here.

Thanks to these growth numbers, M/I's management used the quarter to do a bit of financial house cleaning that investors that have a stake in common shares should like. Here's a look at the company's most recent results, what management did, and where M/I Homes stands in the pecking order of home builders. 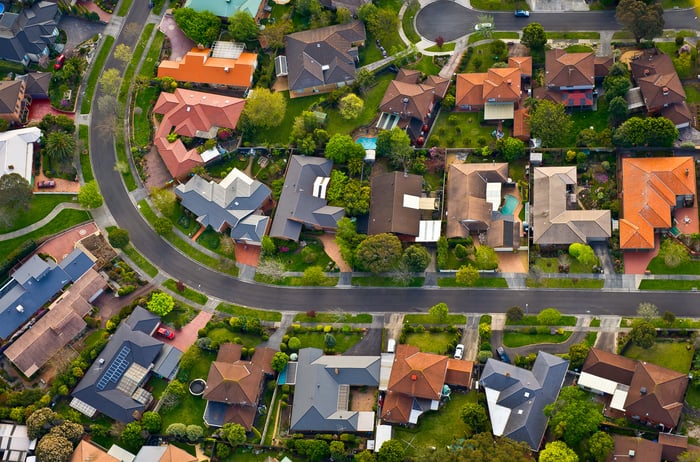 When looking at homebuilders' earnings statements, there are a few key things you want to see: New order growth that outpaces completion growth, higher average selling price, and a backlog growing at a pace commensurate with new order growth. This past quarter, M/I Homes delivered on all three of these metrics. New orders grew 13% while homes delivered increased 9% compared to the prior year, and the average selling price for the backlog increased 3.5% to $383,000. It's also encouraging that the company was able to maintain its cancellation rate steady at a modest 15%.

The most substantial growth driver for the company came from its southern division, which entails Florida and Texas. In these two states, M/I Homes deliveries increased 27% while new orders increased 33%. The weak spot in the company's results was the Mid-Atlantic region -- Maryland, Virginia, and the Carolinas -- where deliveries declined 7%, and new orders declined a whopping 25%. This segment has slowly been becoming a smaller and smaller portion of the overall portfolio, though, so it may not be the end of the world.

While operationally the company mostly kept its head down, it did do a lot of financial maneuvering. At the beginning of the quarter, it issued $250 million in senior notes due 2025 to help build working capital and housing inventories. At the same time, it redeemed all outstanding depositary shares representing Series A preferred shares, which will eliminate any further preferred dividend payments. On top of all of that, approximately $57 million worth of convertible notes converted into common shares.

As a result of these moves, the company's capital structure is much easier to understand. There is still another $86 million in convertible notes that come due in 2018 and will increase share count, but those earnings per share results above already account for that dilution.

With management spending a lot of time reconfiguring its capital structure, CEO Robert Schottenstein's press release statement focused mostly on how these changes will impact the company.

During the quarter, we issued $250 million of 8-year senior notes, converted $58 million of our convertible notes into equity and completed the redemption of $50 million of our preferred shares in October. These steps both strengthened and simplified our balance sheet. We ended the quarter with $104 million of cash, no outstanding borrowings under our $475 million unsecured credit facility, shareholders' equity of $723 million and a healthy homebuilding debt to capital ratio of 47%. As we begin the final quarter of 2017, we are well positioned for another solid year. We have a strong backlog and housing market conditions remain favorable throughout most of our markets. We will continue to focus on increasing profitability while growing our market share and investing in well-located attractive land opportunities.

Looking at other home builders' most recent results, it's blatantly apparent that we are in a housing boom. New orders for just about every company are growing in the double-digit range, cancellation rates are lower than historical averages, and the majority of homebuilders are turning in robust growth rates. In this kind of market, it would take a real blunder from a management team to keep a company from performing well. 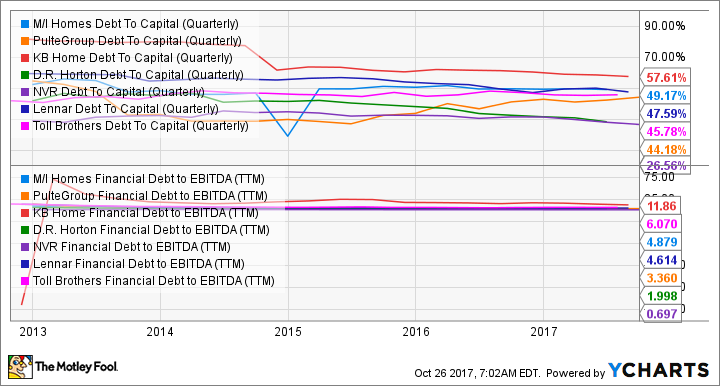 Even though Schottenstein talked about a healthy debt to capital ratio and its improving balance sheet, M/I Homes' debt metrics put it in the upper range of its peers. The company has a significant presence in Texas and Florida, which should give it a decent growth pipeline for a while, but any slowdown in these core markets could put the company in more of a bind than some of its peers.

Chances are there is a lot more room for this housing boom to run. The macroeconomic trends are the perfect recipe for a housing boom, and that will likely push M/I Homes' results higher for some time.