New orders keep coming in the door as NVR maintains its robust growth.

The past couple months have likely made homebuilders and their investors anxious. The damage and ensuing repairs from Hurricanes Harvey, Irma, and Maria are likely going to have an impact on new housing starts in the prior quarter. That may have been the case -- housing starts were down to their lowest in 18 months -- but it didn't have much of an impact on NVR's (NVR -0.56%) most recent earnings report.

Despite the challenges this quarter posed, the company continued to post higher revenue and better than expected earnings per share. Here's a quick look at NVR's most recent results. 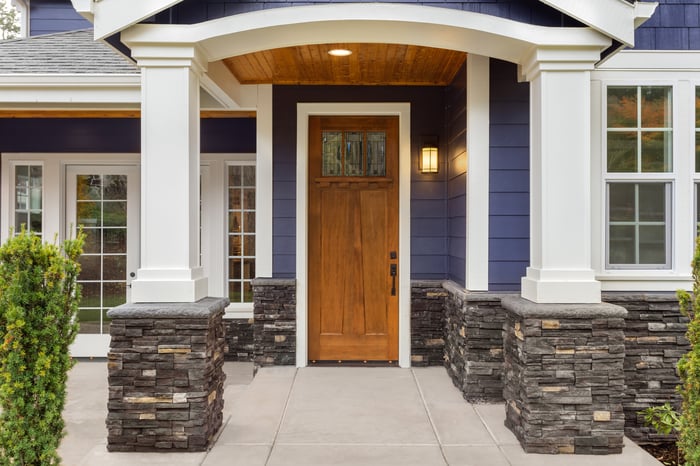 There were some concerns that this quarter might have been a slightly tougher one for NVR and other home builders because of all the Hurricane activity in the Southeast. Based on the company's results, though, that doesn't seem to be the case. One reason it didn't impact NVR that much is because the company doesn't have a presence in Texas and its Southeast division -- which includes the Carolinas, Tennessee, and Florida -- represented only 19% of total new orders in 2017. This has been one of NVR's fastest growing regions, though, so we might see a blip in the coming quarters from slower building rates in Florida.

Operationally, the company saw progress pretty much across the board. New orders, settlements, and backlog all increased while new order cancellation rates dropped 500 basis points to 13%. The only real negative was a slight decline in new order price from $392,800 in 2016 to $382,800. That isn't too much of a concern, though, as management stated that it is shifting its product mix toward lower priced markets and lower-priced products. A large part of that move is to entice first time buyers.

Even with the slight decline in home prices, the company was able to boost its gross margin to 19.9%, which was up from 19.5% in the prior quarter. On top of that, it kept SG&A costs to just 5.8% of total revenue, one of the best marks in the business.

The one thing that is a little concerning with these share repurchases is that they aren't making much of a dent in the overall share count. Sure, basic shares outstanding declined, but total diluted shares increased compared to this time last year, which means that management is paying itself with more shares and not leading to better per share numbers for all investors. Perhaps the extra cash on the books will be put toward another share repurchase program, but this is something shareholders should probably watch.

NVR has had an excellent 2017. So far, shares are up 82%, and there are few signs that things are slowing down. Unemployment is low, interest rates are low, and the economy is growing at a steady pace. Those create a great recipe to get home buyers interested in a new purchase, especially with a large group of buyers coming into the market for their first homes.

It also helps that the company is doing all of this while having more cash on hand than total debt outstanding, so there is little fear that the company will be in trouble if the market were to make an abrupt turn because of hurricane-related construction. The one thing that is a little concerning is the growing share count from management equity awards. While it isn't anything of great concern, it does make those share repurchases look less appealing.

Here's the Bull Case for Housing Stocks, and This One Homebuilder in Particular

This Under-the-Radar Homebuilder Has a Huge Backlog: Here's Why It Could Get Much Bigger

This Homebuilder's Orders Are Up 40%