Shares of precious-metals miner Coeur Mining (CDE -2.63%) were down as much as 11% in early morning trading and are down 7.6% as of this writing after the company posted disappointing third-quarter earnings.

The company announced today that it had produced a net loss of $0.09 per share on $176 million in revenue for the quarter. Wall Street was expecting a $0.01 per-share profit for the quarter, and that pretty much explains the stock price drop. 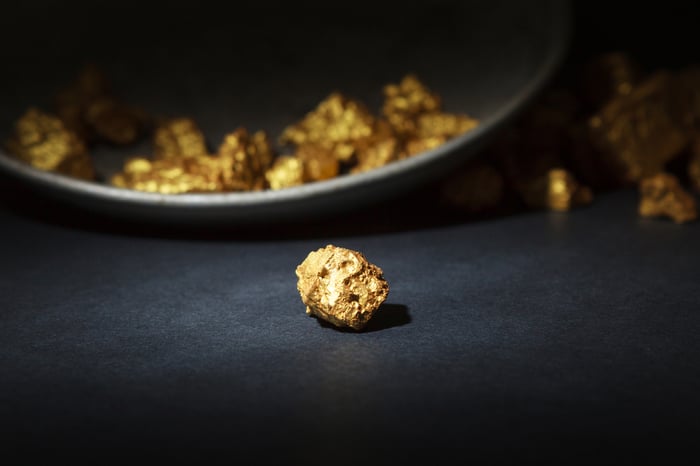 But how, exactly, did the company miss expectations? Production on a silver-equivalent basis was up 7% compared to this time last year, the all-in sustaining costs per silver ounce equivalent was down 4%, and the company completed several expansion projects at various facilities.

Looking at the income statement, Coeur incurred higher amortization and exploration expenses that ate into profitability. It also didn't help that management raised cost guidance for two mines that have experienced some adverse weather throughout the year. Also, the company expects to spend more in capital and exploration for the rest of the year that will likely lead to another loss in the coming quarter. 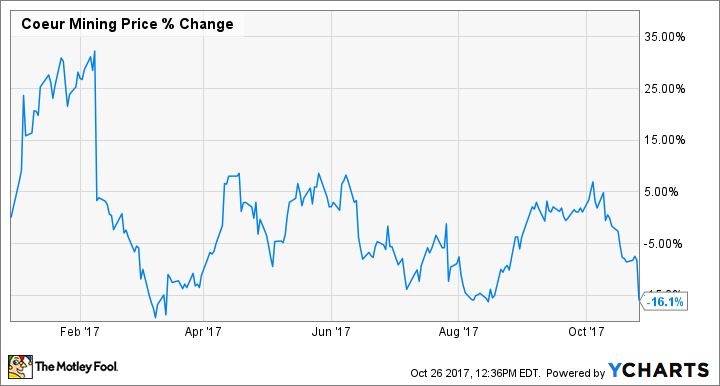 Coeur Mining is inevitably going to be a highly volatile stock. Its all-in sustaining costs on a silver equivalent ounce are currently higher than the spot price of silver. Even though the company has made a concerted shift toward mining gold, it still hasn't been able to turn a regular profit over the past year. Perhaps that can change as some of these expansion projects ramp up and weather-related costs subside, but it still remains a highly speculative stock dependent on higher precious-metal prices.