Please ensure Javascript is enabled for purposes of website accessibility
Log In Help Join The Motley Fool
Free Article Join Over 1 Million Premium Members And Get More In-Depth Stock Guidance and Research
By Tyler Crowe - Oct 26, 2017 at 9:05AM

With all of its oil sands facilities back at full capacity and an excellent quarter for refining, the company soundly beat Wall Street's earnings predictions.

After a string of unfortunate events, it appears that Suncor Energy (SU 1.43%) is getting back to normal. The company's third-quarter results were a vast improvement from the prior quarter as it brought several of its oil sands facilities back on line. As a result, earnings blew by expectations and suggest the company could do even better in the coming quarters.

Here's a look at Suncor's most recent results and what investors should make of its plans. 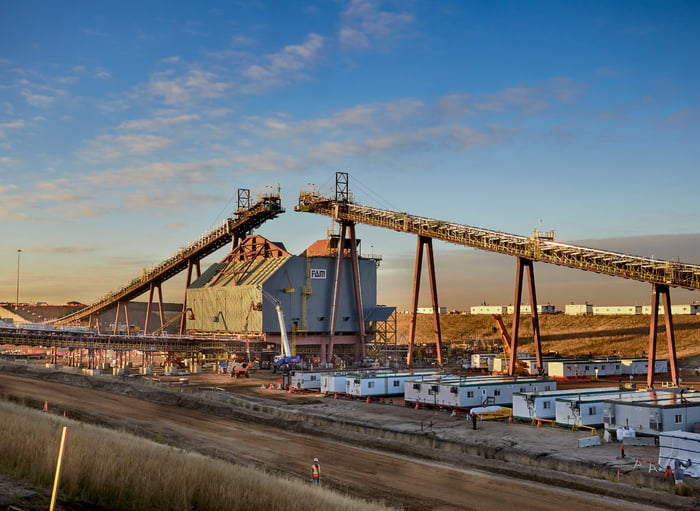 This quarter was a welcome return to normal for Suncor as the company completed a planned turnaround maintenance and upgrade program at its Firebag facility and resolved some operational issues at its Syncrude facility. Getting these facilities back up to snuff meant that cash operating costs for oil sands came in at $21.60 per barrel, which was the lowest in a decade and fueled strong earnings results.

The other part of the business that performed admirably was its refining and marketing segment. Refinery utilization for the quarter was over 100%, and throughput surged to 466,800 b/d. Management noted that it ran at such a high rate because it was trying to take advantage of favorable refining margins. 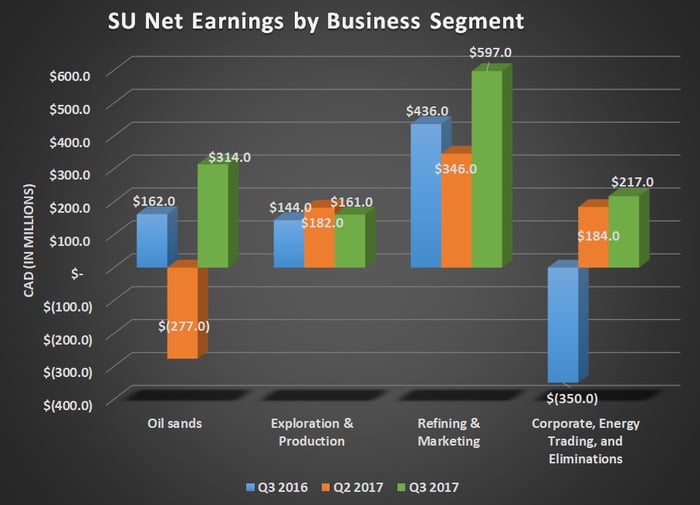 Suncor doesn't have a lot of irons in the fire when it comes to growth, but the few projects it does have should lead to predictable growth. Here's CEO Steven Williams laying out the company's project schedule and how it will impact the coming year.

At Fort Hills, we have completed an initial test run of the front end of the plant and successfully produced bitumen froth, which significantly de-risks the 2018 production ramp up. At Hebron, drilling has commenced and the project is on track for first oil by the end of the year.

Beyond these two projects, the rest of Suncor's capital spending today goes to its three other offshore development projects -- Hibernia, White Rose, and Oda -- in which Suncor is a minority equity owner.

It's encouraging to see that Suncor got both the Syncrude and Firebag facilities back up and running at full strength and was able to keep its cash costs so low. Oil has been in this range of $45-$55 per barrel for a long time, and it looks as though the company can turn a decent profit in this price environment. It wouldn't be surprising if those cash costs ticked up slightly as it gets Fort Hills and Hebron up to full capacity, but that should improve over time.

With its next couple stages of growth several years down the road -- its other projects under construction aren't expected to see first oil until after 2020 -- management's focus will likely entail running its existing facilities as efficiently as possible, paying down debt, and returning capital to shareholders. That sounds like a rather attractive proposition for investors.