Pinterest has an 11-figure valuation, but retail investors can't buy shares just yet.

Pinterest has been one of the biggest internet start-up success stories of this decade and has a current estimated valuation of more than $12 billion. While it's likely that the company will eventually go public, recent comments by the CEO suggest that it could still be some time before you can buy shares of Pinterest.

With that in mind, here's how Pinterest makes its money, what CEO Ben Silbermann has said about the company's potential IPO, and when it might actually happen. 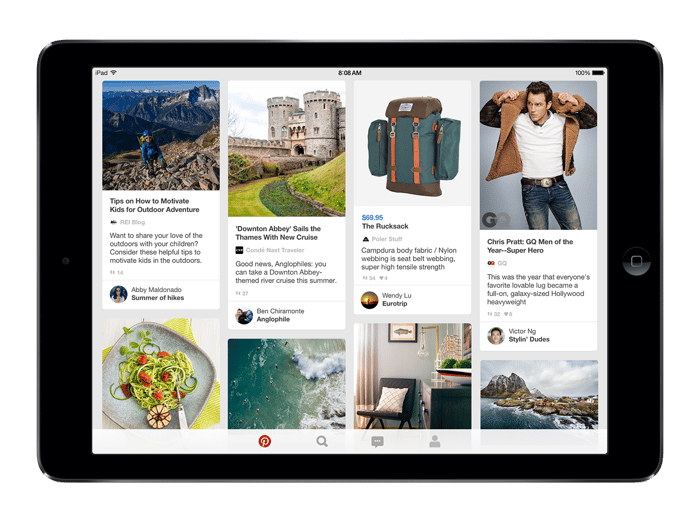 Most people reading this article are at least familiar with Pinterest, but here's the quick version in case you aren't.

Launched in 2009, Pinterest allows its users to collect images that interest them and pin them to a sort of virtual corkboard. They can then categorize and organize these images. For example, someone who is planning to build a new home might collect images of design features that they're considering.

Pinterest's current business model is to make money from advertising revenue, generating sales from companies' promoted pins. Pinterest's revenue remains a mystery since private companies don't have to disclose revenue figures. However, we do know that as of September 2017, Pinterest has about 200 million monthly users, and the company is targeting as much as $600 million in revenue this year.

Despite a relatively active IPO market over the past couple of years, Pinterest has no intention of going public. At least, not anytime soon.

The reason? While we don't know the entire story behind Pinterest's motivation to stay private, CEO Ben Silbermann said in a September 2017 CNBC interview that the company is simply focusing its efforts in other areas.

"Really, the company's focused on two things," said Silbermann. "One is growing the user base ... and the second, of course, is creating an advertising product that really works -- to bring in new customers, that's very measurable, that lets people see emerging consumer trends and merchandise against them."

In other words, Pinterest is concentrating on growing its business, and going public isn't a big priority for the time being.

According to CB Insights, Pinterest's current valuation is $12.3 billion. To put this into perspective, this is in the same ballpark as publicly traded companies such as Twitter, Carnival Cruise Lines, and Coach.

This is up from an estimated $11 billion valuation two years ago and represents significant value creation for Pinterest's early investors, who have funded the company with a total of $1.5 billion.

Analysts believe that Pinterest could fetch a significantly higher valuation if it waits to go public, especially if revenue growth continues to be impressive. I mentioned that we don't know recent revenue figures for the company, but if it hits its $600 million target for 2017, revenue will have increased sixfold in just two years.

When will Pinterest's IPO finally happen?

It's tough to say, as the company has not revealed any plans to go public. It's also fair to say that funding isn't an immediate concern for Pinterest. The company raised $150 million just a few months ago and has been successful in tapping into private equity as needed. Many experts believe that Pinterest will go public within the next couple of years, but as of now, it's anyone's guess.