Shares of hotel-search platform Trivago (TRVG -3.29%) dropped again on Thursday, falling as much as 12%. Those declines moderated later in the trading day: The stock was down 4.5% at 2:21 p.m. ET.

The company reported third-quarter earnings before the market open Wednesday -- a release that propelled it to a more than 22% decline on the day. While revenue increased 17% year over year, the company's net loss per share widened to 7.7 million euros from 1.5 million euros in the year-ago quarter. But management's lowered guidance for full-year revenue is likely the main driver of the bearish sentiment toward Trivago stock that continued to punish it on Thursday. 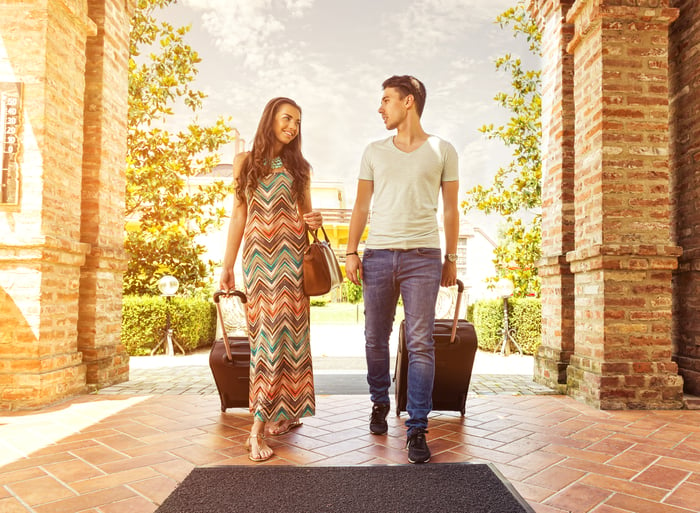 Trivago had called for full-year revenue growth of 50% when it reported its second-quarter results in August. But management lowered its forecast in September to around 40%. With this latest revision, management now expects revenue growth in 2017 of between 36% and 39%.

The company said "increased testing activity" on its marketplace by several large advertisers, accompanied by changes in their bidding strategies, has had a negative impact on revenue and profitability --  hence, the lower guidance.

Trivago expects these challenges to persist, putting a drag on growth for the first six months of 2018. But management predicted a "return to a positive trajectory in the second half of 2018."

The company stressed that it has seen a decline in the percentage of revenue generated by its largest advertisers in the beginning of its fourth quarter. "Although we see challenges going forward, we believe this presents a longer-term opportunity to diversify our advertiser base and improve competition on our marketplace," management said.