Please ensure Javascript is enabled for purposes of website accessibility
Log In Help Join The Motley Fool
Free Article Join Over 1 Million Premium Members And Get More In-Depth Stock Guidance and Research
By Dan Caplinger - Oct 27, 2017 at 9:32AM

Find out why the engineering and science measurement specialist did well this quarter.

Engineers and scientists need sophisticated equipment in order to do experiments and make advances in their respective fields, and for a long time, National Instruments (NATI -0.95%) has provided those professionals with the hardware and software they need in order to get their jobs done. For a long time, difficult conditions in the industries that NI serves held back the company's performance, but more recently, improved conditions have brought new life to its prospects.

Coming into Thursday's third-quarter financial report, National Instruments investors were looking for continued incremental progress on the top and bottom lines. NI was able to do even better than expected, with outpaced revenue and earnings gains that set new records for the company. Let's take a closer look at National Instruments and what its most recent performance says about how it's doing. 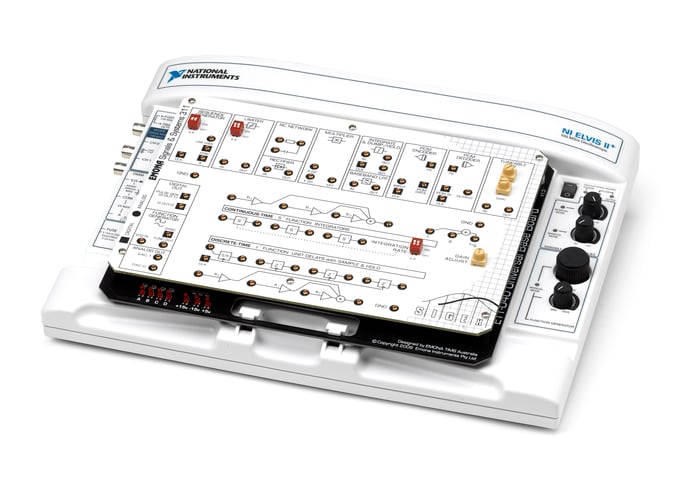 Give National Instruments an A for effort

National Instruments' third-quarter results kept building upward momentum. Revenue climbed 5% to $321 million, setting a new record for third-quarter performance from the company. Adjusted net income of $41.7 million was also a record, up 30% from year-ago levels, and adjusted earnings of $0.32 per share were far better than the consensus forecast among those following the stock for $0.23 per share.

Partially responsible for the boost that NI saw on its top line was an increase in demand from its biggest customer. Orders from this customer amounted to $8 million during the quarter. Yet even though that was more than half again what the customer ordered during last year's quarter, the figure is still far lower than it used to be, showing the success that NI has had in diversifying its client base to avoid huge disruptions to its business performance.

National Instruments saw a nice ramp-up in demand from overseas. The Asia-Pacific region in particular was responsible for the bulk of NI's international gains, with revenue up 12% from year-ago levels. The segment that includes Europe, the Middle East, Africa, and India only managed to boost sales by 1%, comparing with 3% for the Americas. Revenue growth from product sales was almost the same as the boost that NI got from software maintenance services.

CEO Alex Davern pointed to the many factors that are helping National Instruments' business. "With strong alignment and focus throughout our organization," Davern said, "we have seen continued success in the key focus areas of semiconductor test, 5G, the electric and connected vehicle, and the industrial Internet of Things."

NI also sees its near-term future remaining successful. In its guidance, the company said that it expects fourth-quarter revenue of between $331 million and $361 million, and adjusted earnings should come in between $0.34 and $0.48 per share. The midpoints of those ranges pointed to mixed performance in light of current shareholder expectations, with consensus forecasts looking for more revenue but expecting less net income than NI's guidance suggests. CFO Karen Rapp took pride in the operational gains that the company has achieved so far in 2017, and she believes that the momentum generated should carry National Instruments forward into 2018.

National Instruments didn't see any big reaction from its shareholders, although the stock did manage to move very slightly higher in after-hours trading following the announcement. What's important is that the industrial economy is supporting NI's business, and that should help in turn to produce growth for the hardware and software that the company provides to its customers for the foreseeable future.