It's no secret that Amazon.com's (NASDAQ:AMZN) Amazon Web Services (AWS) business is a shining star in terms of profitability, despite the fact that AWS comprises a small minority of revenue. Not only is AWS more profitable, but it can also scale better than e-commerce and really enjoy operating leverage.

Amazon reported third-quarter earnings last night, and the results crushed it across the board. Total revenue came in at $43.7 billion, which translated into net income of $256 million, or $0.52 per share. On the conference call, CFO Brian Olsavsky said that Prime Day was a huge success, particularly on the international front, and led to "a record day for sign-ups for free trials." Prime's value proposition is so solid that investors can expect a strong conversion rate to paying members (not that Amazon would disclose any of these figures). 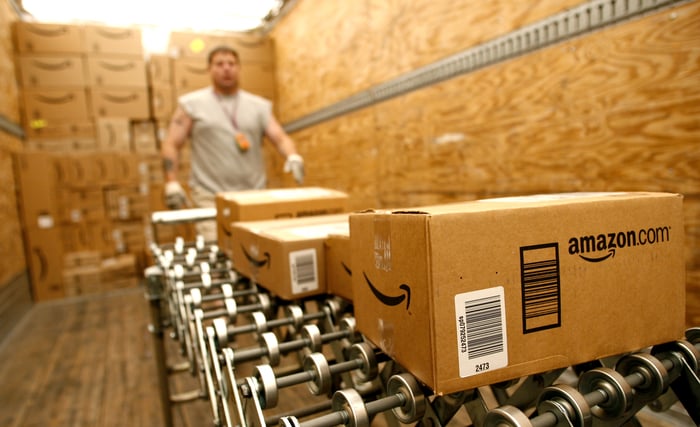 The three main operating segments exhibited the same characteristics as usual: North America e-commerce represented the bulk of sales with modest profits, international e-commerce continues to grow but lose money as Amazon aggressively reinvests in fulfillment infrastructure abroad, and AWS carried the show in terms of profits, despite representing a small proportion of consolidated sales.

However, beyond sheer profitability, there's still an important theme that investors may not be fully appreciating when it comes to AWS.

If there's one thing that Amazon is notorious for among investors, it's the company's relentless willingness to reinvest operating profits back into the business in the pursuit of future growth. This is largely why Amazon's margins seem forever stuck in the gutter. Prior to AWS, these operating profits had to predominantly come from the core North American e-commerce business, which could help fund investments in international e-commerce, along with other strategic initiatives like hardware development or online services, among others.

Since AWS is so profitable, generating $1.2 billion in operating income last quarter, the cloud infrastructure business dramatically strengthens Amazon's ability to invest in its growth plans. AWS generated more in operating income last quarter than the North American e-commerce business has generated over the past three quarters combined. Simply put, there are a lot more operating profits that Amazon can subsequently funnel into growth investments.

Consider the alternative: If Amazon had never created AWS and had to rely on e-commerce profits to fund growth investments, the rate at which the company could invest in new ideas would be significantly slower. AWS profits effectively supercharge the rate at which Amazon can invest in growth. All of the money that goes into developing Alexa, Echo products, Fire products, Prime Video, and more has to come from somewhere. If it was entirely up to e-commerce operations to foot these bills historically, Amazon would not be where it is today.