The big biotech's executives hint at what could be coming -- for better and for worse.

You could probably fit the number of people surprised by Gilead Sciences' (GILD 0.10%) third-quarter results inside a phone booth -- if you could even find one. Hepatitis C virus (HCV) drug sales plunged. HIV drug sales looked good. And Gilead still has a boatload of cash.

The more interesting aspect of Gilead's third-quarter update, though, wasn't in its numbers, but rather in what the biotech's executives said in the quarterly conference call with analysts. Here are five things you need to know from that call. (Quotes courtesy of S&P Global Market Intelligence.) 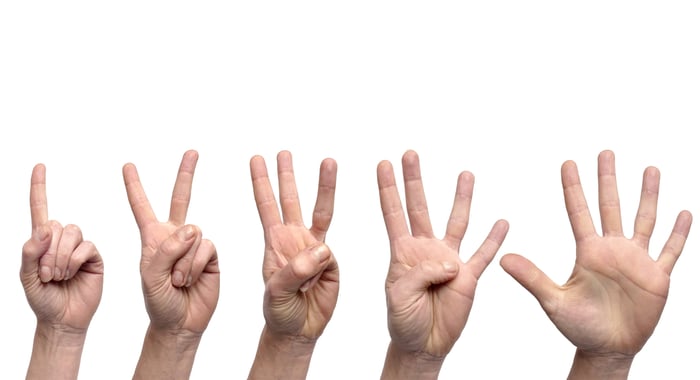 1. It's going to get worse for the HCV franchise

As bad as HCV sales looked for Gilead in the third quarter, they're only going to get worse. While the company started to see early signs of competition during the quarter, Jim Meyers, Gilead's executive vice president of worldwide commercial operations, said that the impact of competition "will be more fully reflected beginning in the fourth quarter."

This competition is coming from AbbVie's (ABBV 1.04%) new HCV drug, Mavyret. Like Gilead's Epclusa, Mavyret treats all major genotypes of HCV. AbbVie's entrance into the market will hurt Gilead in two ways: It will take away market share and offer lower prices. Meyers said, however, that Gilead expects to retain its market leadership in the commercial and Medicare lines of business.

Even if AbbVie wasn't a competitive threat, Gilead would still be facing a dismal outlook for its HCV products. Patient starts continue to decline, with no signs yet of stabilization. One potential bright spot, though, is in China. Gilead recently announced approval for Sovaldi in China and hopes to win approval for Harvoni and Epclusa as well. The company estimates that 10 million Chinese patients have HCV, but analyst Katherine Xu with William Blair thinks the opportunity could be much larger -- potentially one-third of the U.S. market.

2. Non-HCV drugs are performing better than it might appear

A quick glance at Gilead's third-quarter results might make you think that sales for its non-HCV drugs only grew modestly over the prior-year period. While it's true that year-over-year sales for the biotech's non-HCV drugs increased by just 4%, there's more to the story. A favorable adjustment of $332 million to rebate reserves artificially inflated the 2016 third-quarter numbers. Excluding this adjustment, non-HCV revenue jumped 16% higher than the year-ago period.

Gilead has been sounding the praises for Genvoya's launch for most of 2017, and deservedly so. But another HIV drug, Descovy, is also coming on strong. Meyers noted that "Descovy is on track to surpass both Atripla and Truvada to become the second most successful HIV product launch in U.S. history, behind only Genvoya."

3. No big worries about reimbursement for Yescarta

The FDA delivered a pleasant surprise with its earlier-than-expected approval for Yescarta in treating relapsed or refractory large B-cell lymphoma. Gilead's management isn't too worried about payers reimbursing for the CAR-T therapy gained with the Kite Pharma acquisition.

Meyers said that "all the discussions that Kite folks have had with payers to this point, both government and private payers, have indicated that they believe that they will cover Yescarta beginning at approval." Gilead thinks that around 50% to 60% of the payer mix will be commercial, with the rest primarily Medicare. What will the price for Yescarta be? COO Kevin Young threw out $373,000 per patient as a good number for analysts to use for modeling purposes.

Even with its HIV franchise performing well and opportunities for Yescarta, Gilead needs more help in returning to growth. Gilead CEO John Milligan noted an FDA decision on its promising bictegravir combo built on the Descovy backbone in treating HIV is expected in February. He also said the company is making "significant progress" with its liver disease programs focused largely on nonalcoholic steatohepatitis (NASH).

Gilead announced results from a phase 2 study of NASH candidate GS-0976 earlier this week. Milligan highlighted those results in his comments, adding that the company could initiate larger mid-stage combination studies of the experimental drugs with two other NASH pipeline assets next year. Chief scientific officer Norbert Bischofberger later said that Gilead "will almost certainly start combination studies sometime next year." Although it's still early, NASH could present an enormous opportunity for Gilead within a few years.

When Gilead announced its acquisition of Kite, Milligan said that the company would not be "going quietly after this deal," with the business development group staying "very active" evaluating opportunities. He reiterated in the third-quarter call "that M&A [mergers and acquisitions] is going to be an ongoing activity at Gilead," adding that his team is "very, very active" in evaluating opportunities.

Gilead ended the third quarter with a whopping $41.4 billion in cash, cash equivalents, and marketable securities. The big biotech continues to enjoy strong cash flow even with its HCV challenges. Investors should probably take the company at its word and expect more acquisitions in the not-too-distant future.