Please ensure Javascript is enabled for purposes of website accessibility
Log In Help Join The Motley Fool
Free Article Join Over 1 Million Premium Members And Get More In-Depth Stock Guidance and Research
By Asit Sharma - Oct 30, 2017 at 11:16AM

The Mexican airport operator's passenger traffic slowed slightly versus recent quarters, but the company remained on track to meet its full-year financial goals.

Grupo Aeroportuario del Pacifico S.A.B. de C.V. (PAC 5.16%), which owns and operates 12 airports in Mexico as well as Sangster International Airport in Montego Bay, Jamaica, continued a string of impressive earnings results when it released its third-quarter 2017 report on Oct. 26. Let's look at the headline numbers for "GAP," as the company refers to itself in shorthand, and then dive into the finer print below. 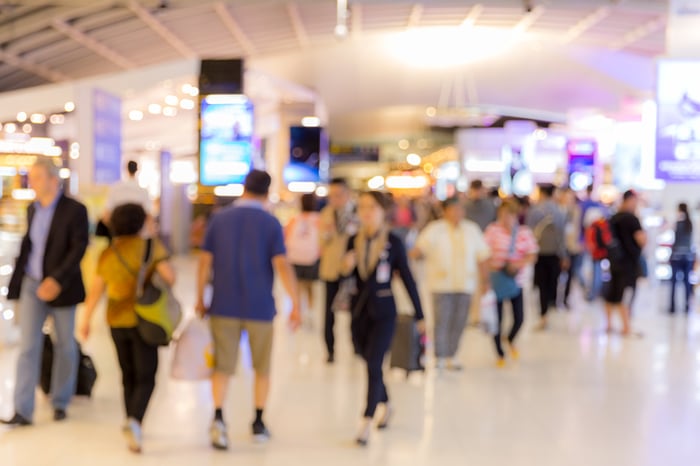 Last quarter, Grupo Aeroportuario updated its full-year guidance, projecting increases as follows within a range of plus or minus one percentage point:

Through the first nine months of 2017, most of these targets are within the organization's reach. Traffic is up 11.9%, aeronautical revenue has improved by 19.6%, and non-aeronautical revenue has advanced by 18.9%. Total revenue has gained only 11.4% versus the first three quarters of 2016, but as discussed above, this is due to the concessions adjustment. EBITDA margin, excluding the concessions adjustment, sits at 70.7% for the year so far. As we head into the fourth quarter, if passenger traffic trends remain steady or show a bit of improvement, Grupo Aeroportuario should be able to reach its rather ambitious full-year goals.