With its hardware business thriving once again, the company looks stronger than it has in nearly a decade.

Nintendo's (NTDOY 1.32%) character licensing and mobile initiatives have lots of promise, but the company's core business still hinges on making its own video game hardware. That was something to worry about less than a year ago, but the success of the newest Switch console has changed the game.

According to NPD Group, the Switch was America's best-selling console in September -- making it the top-selling video game device for three consecutive months and the top-selling platform in five out of the seven months since its March release. Even more impressive, with the company's 3DS handheld included, Nintendo platforms accounted for roughly two-thirds of total September hardware sales. 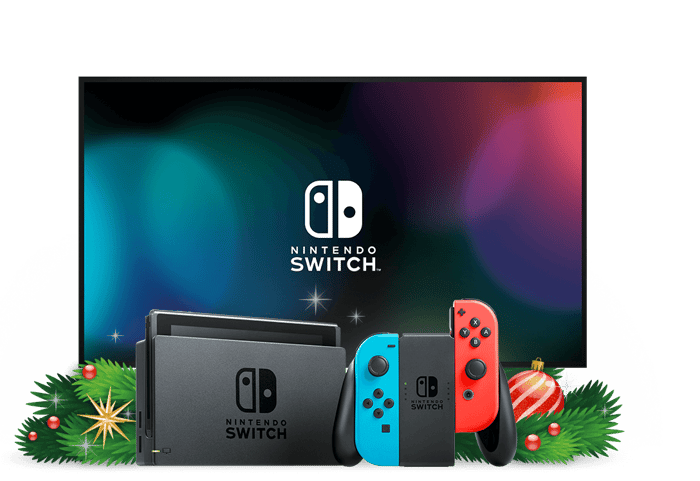 Why the Switch is such a big deal

Roughly 10 years ago, Nintendo had the two hottest video game platforms on the planet. Its Wii console and DS handheld were huge hits that would go on to sell a combined 255 million units worldwide, and the company appeared to be unstoppable. Unfortunately, it didn't pan out that way.

The Japanese gaming giant first hit a snag as software sales on the Wii began to slow. That trend was followed by a disappointing launch for its 3DS handheld in 2011 and poor sales for its 2012 Wii U home console. With the threat of mobile devices replacing dedicated handheld hardware and Nintendo's home-console platform floundering, the company faced a bleak outlook. 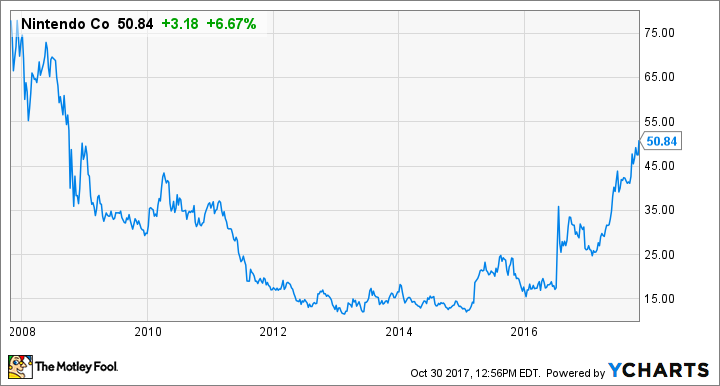 Under pressure, the company announced in 2015 that it would break from its long-held console-only strategy to pursue mobile development. The move was heralded by investors and quickly proved successful with the release of titles such as Pokemon Go. However, the threat of its core business eroding still loomed.

Expanding into the mobile games space marked a crucial shift for the company, but the hardware resurgence propelled by the Switch will be a far bigger performance driver over the next five years -- and one that opens up additional opportunities down the line. Now that the company's latest console is topping the charts, Nintendo's dominant position in video game hardware should create near-term advantages that help fortify its long-term position.

Just how successful is the Switch?

The Nintendo Switch has now sold over 2 million units in the U.S., and it's posting great sales in Europe and Japan as well. With the system still emerging from its launch window, selling more than Sony's PlayStation 4 or Microsoft's Xbox One isn't surprising, but it's difficult to find a metric or comparison that doesn't point to the platform as being a huge hit.

In addition to leading U.S. console sales since its March launch, tracking by Statista puts the Switch's sales ahead of both the PlayStation 4 and Xbox One across the same stretch in 2016. Comparing their first 26 weeks on sale in Japan, Nintendo's Switch managed to move roughly 1.5 million units, while Sony's PlayStation 4 sold roughly 665,000. As of June 30, less than four months since its debut, the system had already cleared 4.7 million units worldwide. These are impressive stats, especially considering Nintendo's platform is supply constrained, and they suggest the company will easily exceed its fiscal year target of 10 million Switch consoles sold.

Strong Switch demand pushed Nintendo's sales up nearly 150% year over year last quarter, and its impact on the company's performance is just getting started. Nintendo no longer breaks out video game hardware and software as separate reporting segments, but in the company's 2015 fiscal year, sales of its handheld and home console platforms accounted for roughly 46% of sales. Given that the unsuccessful Wii U was the primary driver of console hardware sales in that year, it's likely that the hardware will be an even bigger contributor to the company's revenue going forward.

A fast-growing installed base for the Switch will also give Nintendo a large audience to sell games to and bring in licensing revenue from third-party video game publishers. According to a report by OnLive, $7 from every third-party game sold at the standard $60 price goes toward paying license fees to platform holders like Nintendo. Roughly 920 million games were sold for the company's Wii console, so royalties can add up to a substantial, high-margin revenue source on a thriving platform.

Nintendo's other businesses will benefit, too

Nintendo's mobile and character licensing businesses accounted for roughly 6% of the company's sales last quarter. That might not sound like a lot, but these businesses are young and expanding quickly, and their growth could be aided by the Switch's popularity.

When Nintendo first discussed entering the mobile space, it primarily viewed smartphone and tablet games as a way to expand the reach of its brands and drive interest in its console hardware and software. Now, in an interesting turn, it looks as if Nintendo's latest console will bolster the company's mobile and licensing businesses.

Having a hit new hardware platform increases the value of Nintendo's characters and ensures that a new generation of gamers will enter the hobby through the company's products. This keeps its brands relevant and paves the way for customer conversion in mobile, merchandise, and other mediums down the line.

The Switch is still early in its lifecycle and could face some unexpected hurdles, but based on what we've seen so far, it's fair to say that the platform marks a crucial turning point for Nintendo.