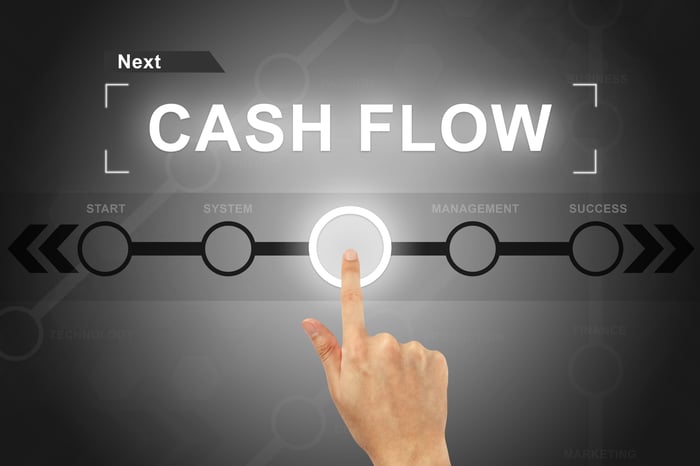 In a nutshell, Roper managed to increase margin -- something other industrial companies have struggled to do in this reporting season -- while generating good organic growth of 5%. Acquisitions helped grow revenue by 19%, but Roper has long been a highly acquisitive company. Essentially, Roper's business model involves buying asset-light and high-margin companies operating within industry niches. As you can see above, this lends itself to a high amount of cash conversion.

Guidance and a blemish

The strength of the results was behind management's decision to hike full-year guidance:

That said, the quarter wasn't without issue. A look at segment performance reveals the laggard in the quarter was the medical and scientific imagery segment.

On the earnings call, CEO Brian Jellison outlined that he'd expected 4%-5% organic revenue growth out of the medical segment, and that many of the businesses within the segment achieved "mid-single digits and above." However, poor sales at Verathon (video laryngoscopy and bladder volume measurement devices) reduced organic growth in the quarter to just 1%.

When quizzed on the earnings call about the matter, Executive VP Laurence Neil Hunn put it down to "a combination of channel execution challenges that are being corrected as we speak, and then a little bit of timing between product cycles, new products we're developing and the timing of those releases." He then said it might take "a couple" of quarters to correct, and Jellison later outlined how Roper was adding sales resources at Verathon in expectation of "much stronger demand, particularly in the second half of 2018."

Clearly, the Verathon situation is worth following closely in the coming quarters.

It's worth noting a few things about how Roper's business transformation is affecting its metrics. When a company grows its software revenue and its subscription-based revenue, it's likely that its cash-flow generation will increase, alongside its deferred revenue (subscription revenue that hasn't been recognized yet).

The difference can be seen in the numbers. For example, Roper's annualized working capital requirements changed from 2.7% in last year's third quarter to a contribution of 2.5%, helped by an 84% increase in deferred revenue to $535 million.

Moreover, with capital expenditures totaling just 1% of revenue year to date, the operating cash flow of $866 million dropped into $822 million of free cash flow generation -- around 24% of revenue on a year-to-date basis.

Investors will want to see improvements in the medical segment in the fourth quarter and a continuation of the company's transformation to more software-based revenue. Roper has had a good year in 2017, and management's confidence in 2018 will hopefully play out as expected.