As if they needed another...

Not kicking a man when he's down might be the gallant way of resolving a fight, but in the hurly-burly of a competitive marketplace, Whirlpool (WHR 0.38%) is seeking to stomp on its debilitated rival, Sears Holdings (SHLDQ). A dispute that has been simmering all year long is culminating with Whirlpool's move to pull its appliances from Sears stores, effectively ending a relationship that spanned more than 100 years.

King of the kitchen

Kenmore used to be one of Sears' crown-jewel brands, owning a 40% share of the appliance market as recently as 2002. Through a special relationship it's had with Whirlpool in one form or another that dated back to 1916, it was Whirlpool that made Kenmore appliances for Sears. Moreover, Whirlpool was required to introduce features on the Kenmore brand first before it offered them on its own products. 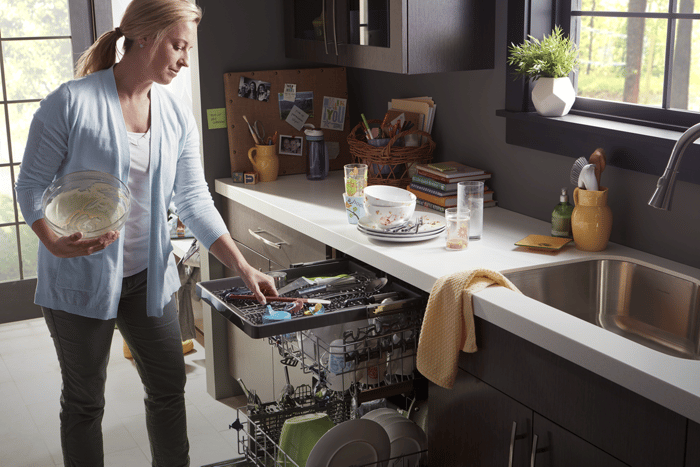 That sweet deal came to an end back in 2009, when Sears ended at least a part of that relationship with Whirlpool in a bid to save money. Instead, the ailing retailer partnered with LG Electronics and Samsung, two quality names. But as of earlier this year, Kenmore had only a 13% share of the market left.

Moreover, where Sears used to be the No. 1 place consumers would go to buy their appliances, the retailer has also lost its cachet. Lowe's supplanted Sears as the top appliance retailer in 2013, and Home Depot knocked it out of the No. 2 spot soon thereafter. Now it looks as if Best Buy will unseat Sears for third place by the end of this year.

Now with the loss of Whirlpool as an appliance option at Sears, we may see the company plunge further in the rankings.

No doubt Whirlpool is using Sears' weakened financial condition to take even more share from Kenmore. According to a Wall Street Journal report, Whirlpool notified Sears in May that it was going to stop supplying the retailer with products. That was soon after Sears had noted in an SEC filing that "our historical operating results indicate substantial doubt exists related to the company's ability to continue as a going concern."

Several other suppliers attempted to use Sears' dire financial position as a means of getting out of their contracts, forcing the retailer twice to sue the vendors to hold them to honor their agreements.

The commodity pricing collapse is over

In a memo to Sears' employees that the Journal saw, Whirlpool apparently attempted similar hardball tactics with the retailer by using "its dominant position in the marketplace to make demands that would have prohibited us from offering Whirlpool products to our members at a reasonable price."

In part that's because Whirlpool is implementing price increases everywhere. In its earnings conference call with analysts this past Monday, the appliance maker noted that a sustained and global increase in raw materials caused it to raise prices to compensate for the higher costs. How much extra leverage it tried to apply to Sears is something CEO Marc Bitzer didn't go into, but he did say Whirlpool's exposure to the retailer wasn't critical, as it represented only 3% of its global business and just 1% of net sales.

Although Whirlpool is confident it will be able to make up for the lost volumes elsewhere, Sears might not be so lucky. It's had to take out several loans in the past few weeks to have sufficient liquidity to make it through the holiday season and not have its remaining vendors become jittery. 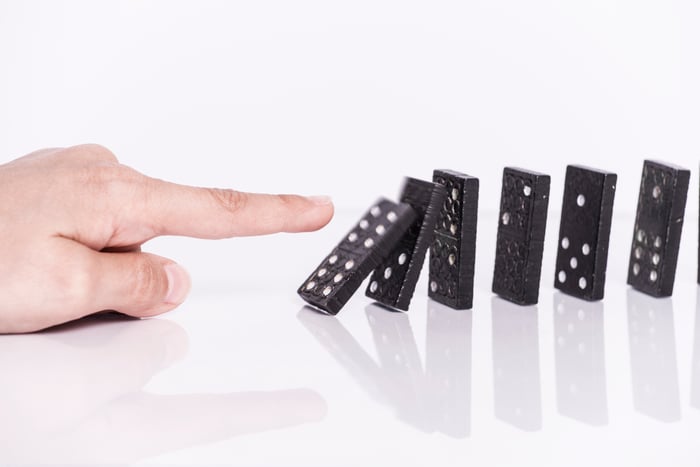 A race for the exit

Recently, Toys R Us was forced into bankruptcy after 40% its suppliers said they would stop shipping it products if the store wouldn't pay cash on delivery. That set off a domino effect that ended up pushing it over the edge.

Sears has also faced soaring vendor insurance rates and been forced to give special terms to its vendors to keep them sending products. Now it's losing Whirlpool, even if it will continue supplying it with other branded products, which could reinforce its own negative feedback loop that Sears was trying to avoid.

Sears is down and not yet out, but it becomes increasingly difficult to see how it continues going on after this Christmas.