Gilead Sciences shocked the market in February with a disturbingly bleak sales forecast for its HCV franchise, which peaked at $19.1 billion in 2015. In July, management lifted investors' spirits by nudging the lower end of its 2017 forecast from $7.5 billion to $8.5 billion after total hepatitis C sales ticked a bit higher sequentially in the second quarter. 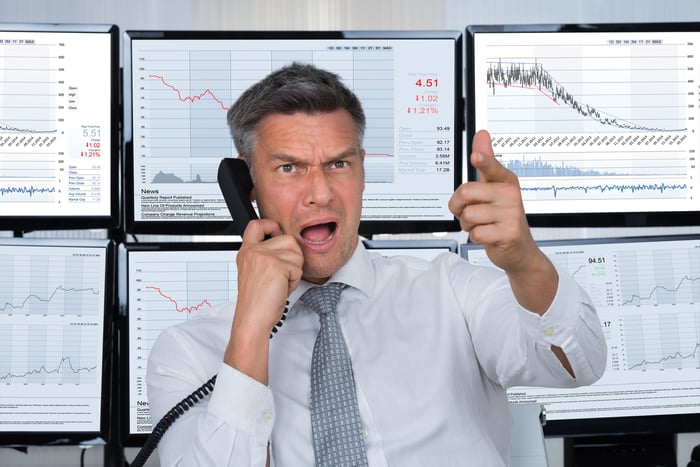 The upward revision in July made Gilead look uncharacteristically silly when HCV sales fell to just $2.2 billion in the third quarter. That was lower than the $2.6 billion reported in the first quarter and far lower than the $2.9 billion showing in the second quarter.

The surprise dip led Gilead to lower the upper end of the full-year HCV sales estimate it had revised upward just three months earlier. The lack of visibility forces biopharma investors to ask themselves, "If Gilead's highly regarded management team can't predict the effects of increasingly aggressive price competition a few months into the future, how accurate are our long-term predictions?"

If there's one thing that Wall Street hates, it's uncertainty. That's a big reason Gilead Sciences stock trades at just 8.0 times trailing-12-month earnings while the average stock in the benchmark S&P 500 index has been trading at about 24.2 times trailing earnings.

Last month Gilead also announced positive results from a study that measured the effects of switching from an existing HIV regimen to its experimental combo. While the company's HCV revenue stream is drying up, a triple-combination HIV treatment under review by the Food and Drug Administration could top $5 billion in annual sales, if approved on or before the FDA's target action date, Feb. 12, 2018.