Brookfield Infrastructure Partners (NYSE:BIP) has invested heavily over the past year to expand its portfolio of infrastructure assets. Those initiatives continue paying dividends and powered the company to post strong third-quarter results. Meanwhile, with a large pipeline of opportunities ahead of it, the company's high growth days don't show any signs of slowing. 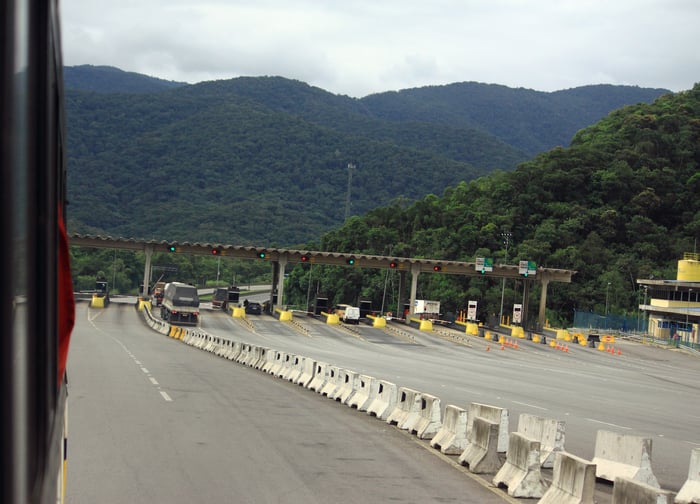 A blend of acquisitions and organic growth projects fueled the quarter.

CEO Sam Pollock commented on the company's third-quarter results and what he sees ahead:

FFO per unit continues to grow as we progress through the second half of the year, up 19% since last year. A strong global economy is fueling the need for ongoing infrastructure capital, and we are well-positioned to participate through our capital backlog and new investment opportunities.

One of the contributors to Brookfield's success this year is its organic growth initiatives. The company's target is to organically grow FFO by 6% to 9% each year through a combination of inflationary price increases, volume improvements, and incremental earnings from expansion projects. However, in the third quarter, the company delivered a 10% year-over-year organic growth rate. One of the drivers is the company's pipeline joint venture with Kinder Morgan, which has produced meaningful growth over the past year as the partners have invested the money needed to turn it around and position it to capture expansion opportunities. Because of that, this business should continue driving meaningful organic growth since the partners have one project underway and are developing another $300 million expansion that could boost Brookfield's annual EBITDA by $45 million, which represents about an 18% increase in adjusted EBITDA in its energy segment.

In addition to maintaining a healthy backlog of organic growth projects, Brookfield has several acquisitions in the pipeline. In August, it agreed to invest $100 million into two more toll roads in India, which will more than double the size of its network in the country. In addition to that, it continues to move forward with a $15 million investment in a water utility in Peru. However, the company noted that its deal to invest $200 million into a communication infrastructure portfolio in India fell through. Though, the company is reviewing another opportunity with this seller as well as other potential telecom tower portfolio acquisitions in the country. Brookfield's ability to capture those opportunities could help it deliver distribution growth above its target to boost the payout by 5% to 9% annually over the long term.