The battle for supremacy among Chinese online travel agencies (OTAs) is over: Ctrip.com (NASDAQ:TCOM) is the clear winner. After market consolidation helped the company gain an upper hand, we're now seeing the leverage that comes with being the top dog in this growing industry.

The company's earnings release was proof that the network effect has taken hold -- as more Chinese citizens flock to the site, more airlines, hotels, trains, and buses are incentivized to list. And it leaves Ctrip in the driver's seat, able to command incrementally better margins as time moves on. 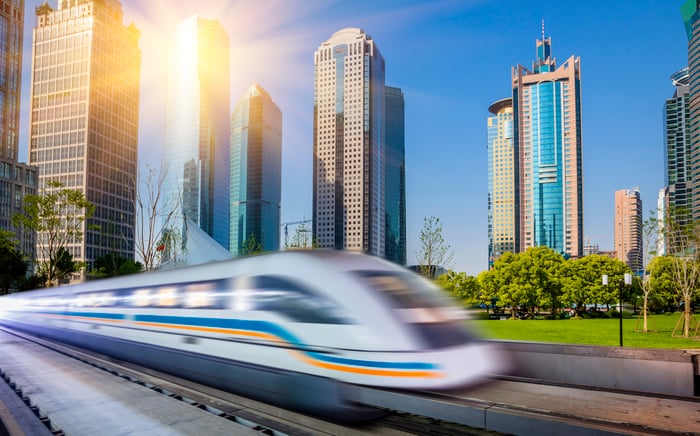 While these are all favorable dynamics, it doesn't mean Wall Street will always love the results. That's because high expectations have already been baked into the stock. Read below to see how the company's most recent quarter played out.

Before diving into the weeds, let's view the company's performance from 30,000 feet.

Looking at that in dollars, revenue for the quarter was $1.2 billion, with earnings coming in at $0.41 per share.

Given the outsized jump in earnings, it's surprising to note that -- even after backing out stock-based compensation -- operating expenses jumped 67% for the quarter. The company was helped by significant interest income, as well as some smaller one-time gains.

Shareholders should take heart, however, by the fact that gross margins expanded by a whopping 697 basis points, to 83.5%. In the most basic sense, this means that the company's moat truly is widening. Because of its dominant place in China's OTA supply chain, Ctrip can negotiate for more favorable terms from both travel providers and customers.

As is standard for the company, it broke out all four of its major segments.

Transportation growth was driven by the company's acquisition last year of SkyScanner. Management said that tickets sold on the website via SkyScanner increased 250% over the same time last year -- justifying management's expense on the purchase.

There were a number of noteworthy developments during the quarter:

As of this writing, shares of Ctrip.com were down a modest 3%. In the face of positive results, the two big things to remember are the fact that air-ticketing revenue will be held back due to the aforementioned booking changes, and the company is devoting a lot of cash to expansion in lower-tier cities that may take a while to pay off.