Shares of rocket-engine maker Aerojet Rocketdyne (NYSE:AJRD) tumbled 13% in Friday trading after Aerojet reported its earnings for the third quarter. The company booked $484.1 million in sales, short of the $488.4 million that Wall Street had anticipated. Profits came in at $0.17 per share, two cents below Wall Street's forecast. 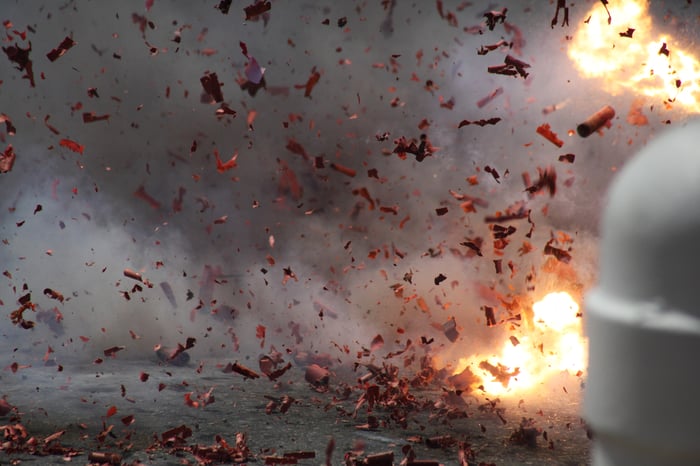 If you ask me, the really bad news arrived later in Aerojet's earnings report. In contrast to the company's positive GAAP profit, Aerojet noted that its cash from operations ran negative in the quarter -- to the tune of $11.8 million. And while sales rose, the company's backlog of future orders slipped to $4.3 billion from the $4.5 billion Aerojet reported at the end of 2016.

A decline in backlog like this doesn't bode well for sales growth.

Speaking of sales, Aerojet declined to give guidance on what it expects Q4 sales -- or earnings -- to be. Analysts are optimistic, though, predicting that Q4 sales could approach $550 million, with Aerojet earning as much is $0.29 per share on those sales. It also looks like the company could end up with positive free cash flow this year. Even though Aerojet burned through cash in Q3, the cash flow statement confirms that through the first nine months of this year, the company has generated positive free cash flow of approximately $26.2 million.

Still, using that figure to extrapolate the annual run rate, Aerojet's $2.05 billion valuation implies the stock is trading at about 58.5 times full-year free cash flow. That's not a cheap valuation, and it may be one reason shares collapsed today.