According to Forrester Research, India is the world's fastest-growing e-commerce market. Though the country currently lags China and the U.S. in terms of e-commerce revenue generation, it holds a lot of potential as the industry is growing at a terrific CAGR (compound annual growth rate) of over 31%.

By 2021, India's e-commerce sales are expected to hit $64 billion, and it is likely that the growth will continue beyond that as the majority of the population still resides in smaller cities and towns. E-commerce giant Amazon (NASDAQ:AMZN) doesn't want to miss this gravy train, so it isn't leaving any stone unturned to tap the massive opportunity in India.

The company has made numerous moves to expand its business in India in recent months, but its latest expansionary measures could take it to another level. Let's see how. 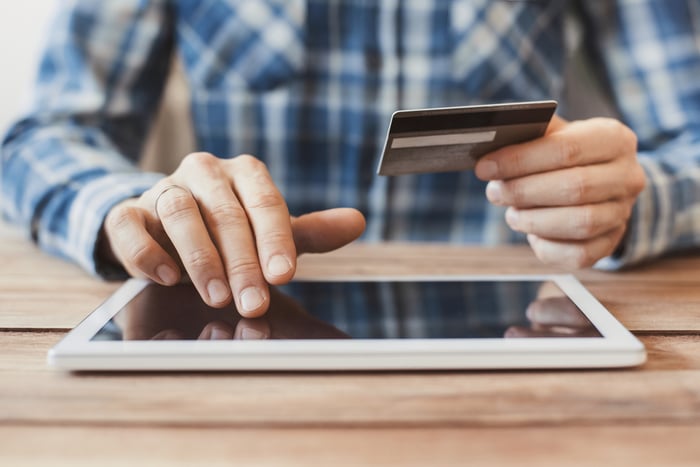 Amazon's Shoppers Stop stake will bring it closer to customers

Amazon recently picked up a 5% stake in Indian departmental store chain Shoppers Stop for $27 million. This might not look like a significant monetary investment, but its benefits can be long-lasting. First, Amazon will be able to set up "experience centers" at 80 Shoppers Stop locations, with an additional 20 locations planned for the future. At these centers, shoppers can test out products for sale online via Amazon.com. Therefore, the company can save the pain of acquiring strategic real estate and building its own infrastructure from scratch.

Second, the Shoppers Stop deal will bring more than 400 brands to Amazon's portfolio across various categories such as footwear, apparel, beauty, and accessories, giving customers a wider selection of items to choose from. Additionally, Amazon's brand in India will receive a boost through promotions from Shoppers Stop's physical locations, increasing the company's visibility in large-spending metro markets.

Moreover, Shoppers Stop has been adopting strategies to increase appeal with millennial customers. It has been introducing brands that are popular with this category but have limited presence in physical stores. This move could help the company increase foot traffic at its physical locations, which will eventually benefit Amazon's getting closer to a larger customer base in the country.

Additionally, customers walking into Amazon's experience centers at Shoppers Stop locations will be able to witness the smart-home capabilities of its Echo home assistant firsthand.

Amazon is also offering one year of its Prime membership program free with its Echo family of speakers in India. This is a smart move as India is now Amazon Prime's fastest-growing market, and a bundled offer will help the e-commerce giant add more customers to its ecosystem. Amazon currently lists more than 11 million products under the Prime subscription plan in India, with 40% of its total orders reportedly coming from members. Getting more people to sign up for Prime is a good thing for the company.

Amazon's digital payments push will be another catalyst

India's digital payments market is expected to clock a terrific annual growth rate of almost 59% through 2023, so it isn't surprising to see Amazon attacking this opportunity. The company has expanded a digital wallet that was only good for Amazon purchases to other transactions and offers a prepaid option.

As it stands, customers can already use Amazon Pay to pay bills, book movie and bus tickets, or dine out, among other third-party services. Additionally, Amazon has been doing its bit to increase the platform's popularity by offering sizable discounts on every purchase through the platform during special sale days.

Not surprisingly, Amazon Pay transactions in India during the recently concluded festive sale season increased 25 times. Such moves should help Amazon add more customers to its digital payments service, which will bear fruit in the long run thanks to the secular growth of this space in India.

Therefore, Amazon is trying to cover as many bases as possible in India by moving into a fast-growing niche such as digital payments, or by getting closer to consumers through retail locations. This will complement the company's strategy of attacking lucrative markets in India such as groceries, as customers locked into Amazon's ecosystem through Prime or Pay will ideally come back for more purchases and boost the company's revenue.