Apple's (NASDAQ:AAPL) fourth-quarter results were solid across every segment, featuring double-digit revenue growth in iPad, Mac, Services, and Other Products. Even with the iPhone X not launching until after the quarter was over, iPhone revenue increased 2% year over year.

But Apple's services segment proved to be a particularly noteworthy contributor in the quarter, maintaining its position as Apple's most important catalyst. Including revenue from digital content, services, AppleCare, Apple Pay, licensing, and other services, the segment is serving up significant growth for the tech giant -- and this strong growth looks like it's here to stay. 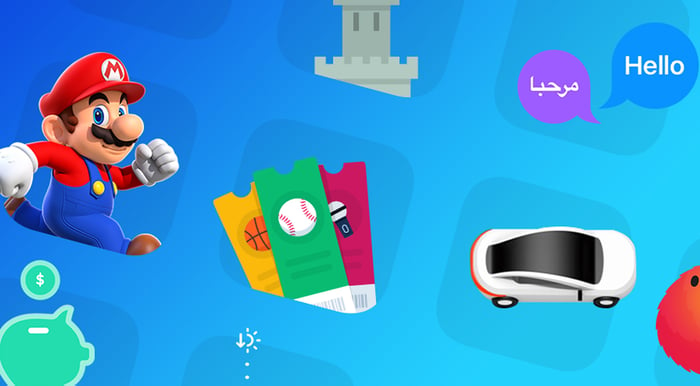 Here's a closer look at the metrics behind Apple's strong growth in services.

Even after accounting a one-time favorable $640 million adjustment during the quarter, services revenue was still well ahead of Mac revenue.

34%: Benefiting from strong growth, services looks poised to be Apple's second-largest segment for years to come. Services revenue in Q4 was up 34% year over year.

Adjusting for Apple's one-time favorable charge in its services segment during the quarter, revenue was still up 24% year over year, an acceleration from 22% year-over-year revenue growth in services in Apple's previous quarter.

13%: The best way to see how Apple's services segment is becoming increasingly important is to look at how it is growing as a percentage of total revenue. Of Apple's trailing-12-month revenue, services accounted for 13% of it. This compares to 11% of revenue in the year-ago quarter and 9% in the fourth fiscal quarter two years ago.

75%: Apple's paid subscribers across all of its service offerings increased 75% year over year in Q4, bringing total paying subscribers to 210 million.

While much of Apple's growth in subscriptions comes from paid subscriptions offered by other companies on the App Store (Apple collects a percentage of all subscription fees generated through the App store), Apple said growth in Apple Music subscriptions helped. "The success of Apple Music also continues to build, and we're seeing our highest conversion rates from customers trying the service," Apple CFO Luca Maestri said in the company's fiscal fourth-quarter earnings call.

Maestri said that its growth in streaming revenue has reversed its trend of declining revenue from music. "You remember that a few years ago, we were actually declining in music," Maestri said. "Now with the streaming service in addition to the download business, the business is growing again."

With growth like this, services will only become more important to Apple. These metrics suggest services could be Apple's most vital long-term catalyst for helping the company achieve sustainable growth.