Shares of Expedia Inc. (NASDAQ:EXPE) were losing value last month as the online travel agency dipped on a weak third-quarter earnings report. According to data from S&P Global Market Intelligence, the stock lost 13% in October as revenue and profit growth slowed.

The chart below shows, that the stock fell sharply as it released earnings toward the end of the month. 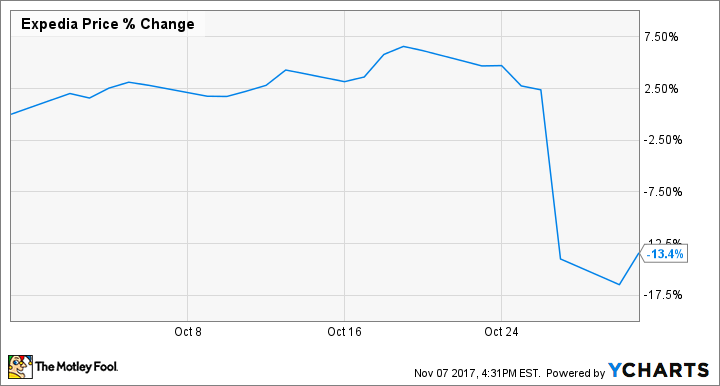 The parent of sites including Orbitz and Travelocity showed slowing growth in the key summer quarter as room nights booked increased 16%, just half the rate it grew at a year ago. Gross bookings increased 11% to $22.2 billion, and adjusted earnings per share also came up short, rising from $2.41 to $2.51 and missing expectations at $2.62. Hurricanes Harvey, Irma, and Maria pressured its performance as did weakness in Trivago (NASDAQ:TRVG), the hotel-booking site in which Expedia still owns a majority stake.

New CEO Mark Okerstrom said, "Underlying execution was solid on a number of fronts," but acknowledged that overall results were weaker than expected. 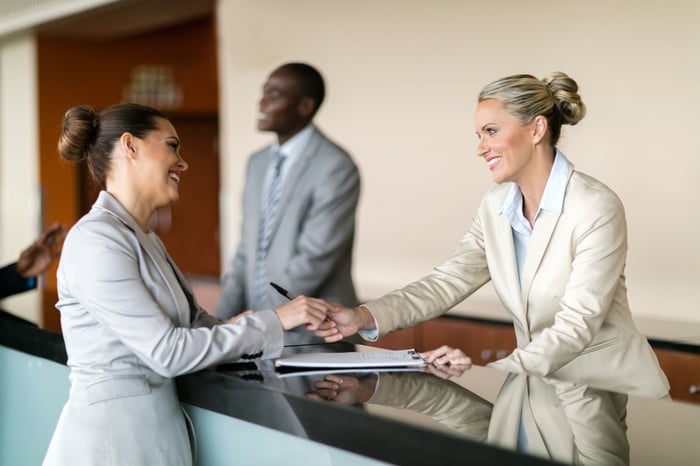 Expedia wasn't alone among online travel agencies to report weak third quarters as Trivago, Priceline Group, and TripAdvisor all fell double digits following their earnings reports. In addition to challenges from natural disasters, competition in the industry is increasing with spending on marketing accelerating. At Expedia, marketing expenses, by far the company's biggest line item, increased 21% to $1.46 billion, outpacing revenue growth of 15%.

"We continue to lean into performance-based marketing channels and are ramping up investments in our hotel market management sales force, both of which put pressure on our bottom line performance near term, but both of which we believe are the right investments for the long-term," said CFO Alan Pickerill.

With muted expectations and increased competition, profit growth is likely to be sluggish into 2018.