AppFolio (NASDAQ:APPF), a provider of cloud-based business software that is used by property managers and law firms, reported its third-quarter results on Monday, Nov. 6. The company's customer bases once again showed double-digit growth. When combined with increased usage of its Value+ services, the company's overall revenue growth reached 34%. The strong top-line growth enabled AppFolio to eke out a small profit for the third quarter in a row.

Let's take a closer look at AppFolio's results to get a better sense of where this business is headed. 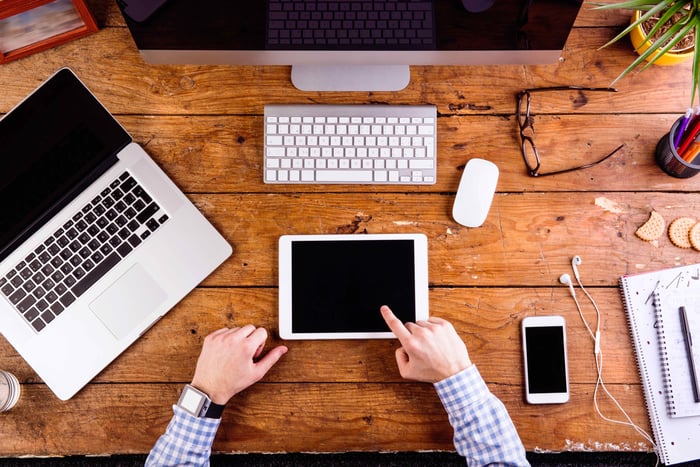 What happened with Appfolio this quarter?

AppFolio's management team likes to let the company's numbers speak for themselves.  However, on the company's call with investors, CEO Jason Randall did elaborate on some of the new services that were recently rolled out to customers:

During the quarter, we announced the new value plus service, renters insurance, which expands in our existing tenant liability insurance offering and provides coverage for a tenant's personal belonging. We also enhanced the electronic payments value plus service offering with the addition of same day ACH payments for owner contribution, as well as announced an upcoming integration with Alexa, Amazon's cloud based voice service.

Randall also mentioned that the company welcomed over 800 customers to its annual AppFolio Property Manager Conference. "It's clear that our customers consider us their partner to the future and I am very proud of that," Randall said.

The company's strong quarterly revenue growth allowed management to raise its full-year guidance for the third time this year. Management is now projecting that full-year revenue will land between $140 million and $141 million. That represents a $2 million bump from its prior guidance range. The midpoint of the updated range represents growth of 33% year over year.

Despite posting strong revenue growth and raising full-year guidance, shares of AppFolio fell about 7% in afternoon trading following this report. Even with the small sell-off, shares have still risen more than 80% since January.

Overall, AppFolio's results clearly show that the company is having success in attracting new customers to the platform while simultaneously getting legacy customers to use its Value+ services more often. With new services on the way and a business model that is starting to scale, investors appear to have plenty of reasons to believe that this fast-growing company's future remains bright.