Insurance company MBIA (NYSE:MBI) reported its third-quarter earnings on Tuesday, Nov. 7 after the close, and it's safe to say that investors liked what they saw. As of 11 a.m. EST on the morning following the announcement, shares are up by more than 32%.

At first glance, the numbers may not look too impressive. The company reported a net loss of $2.17 per share for the quarter, down from a profit of $0.23 a year ago, mainly because of issues related to Puerto Rican debt.

According to Bill Fallon, MBIA's CEO, "The damage caused to Puerto Rico's infrastructure by Hurricane Maria will require significant time and effort to repair and remediate, which led us to withdraw two of our adversary complaints and further increase our Puerto Rico loss reserves." 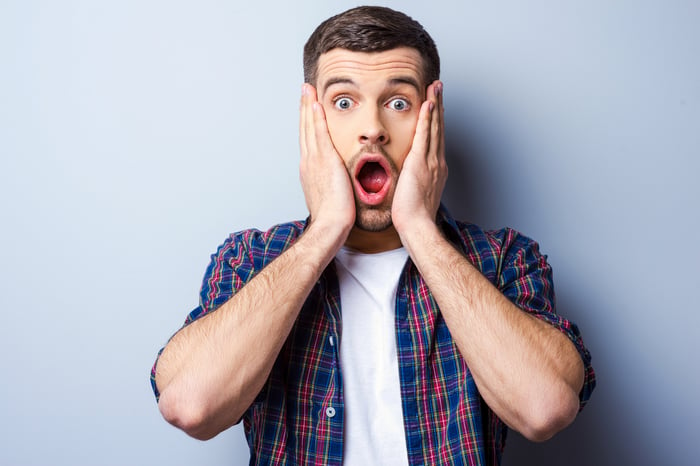 Many investors were shocked at how aggressively MBIA is buying back shares. Image source: Getty Images.

So, if the company's headline numbers look dismal, why is the stock soaring?

For one thing, the company beat revenue estimates. Analysts had been expecting $52.1 million for the quarter, and MBIA generated $53 million.

The big surprise to many shareholders is MBIA's aggressive buyback. During the third quarter, the company repurchased 2.7 million of its shares, which is nothing to get excited about. However, after the end of the quarter, the company used the entire $250 million in share repurchases it authorized in June to buy back 31.3 million shares of the company's stock at an average price of $7.17. This translates to about one-fourth of all outstanding shares.

What's more, the company authorized another $250 million in buybacks on Nov. 3, which would allow MBIA to buy back another 27.2 million shares (30% of the remaining shares), at the new, higher share price. So, if the company uses the entire new buyback authorization, its share count could be nearly cut in half during the latter half of 2017.

MBIA's price spike appears to be due to the market applauding the company's efforts to buy back as much cheap stock as possible (MBIA's book value is $13.88 per share). There could also be a substantial short squeeze going on, which could continue for several days. There are simply far fewer outstanding shares than investors had thought, which could make it more difficult to cover short positions.