It's an understatement to say Pitney Bowes (NYSE:PBI) has had better quarters. Fellow writer Rich Smith provides more color, but the shorter version is that the company missed analyst expectations on EPS, reporting a 12% year-on-year decline on the GAAP-compliant figure. The company was able to grind out a top-line expectations beat with 0.5% year-on-year growth, but only because analysts expected a decline.

Shares sold off during the session following the earnings announcement to the tune of 17%. As of this writing, shares are down 26% year to date, while the broader S&P 500 is up approximately 15%. Investors understand the third quarter has already been priced into the stock and a forward-looking view is most prudent. To best discuss Pitney Bowes' future, it's advisable to look to CEO Marc Lautenbach's recent progress letter to see if the company can turn its fortunes around. 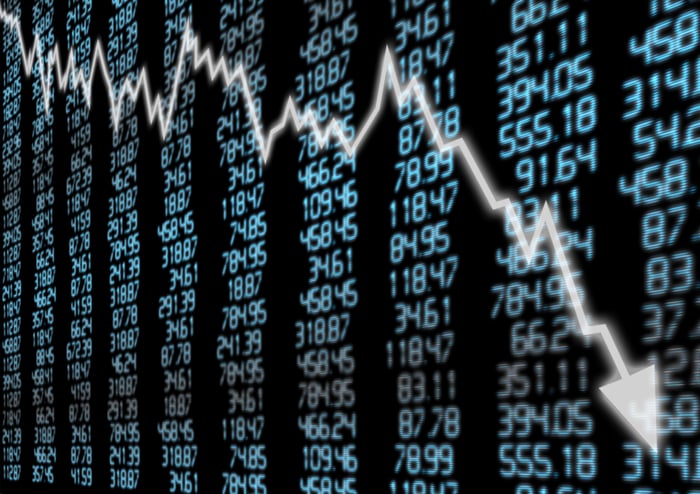 Has management delivered on its long-term strategy?

Pitney Bowes suffers from the buggy-whip conundrum. Its core business of mail metering and support services is in a secular decline, and Pitney Bowes must transition the company quickly. In 2013, CEO Marc Lautenbach outlined a long-term strategy with three distinct directives:

In July 2017, Lautenbach wrote a letter outlining the company's progress. And the result has been decidedly mixed, to be generous.

Stabilizing the core business was always going to be difficult for this company, as it's essentially in a dying industry. The financial information for the nine-month period ended For comparison purposes, take a look at Sept. 30, 2012, the period immediately preceding Lautenbach's appointment as CEO, and the most recent period:

Broadly, the data paints a mixed picture as it relates to stabilization. As a positive, the company has improved its EBIT margin, as the company noted that it has divested non-performing businesses. Therefore, the company can argue that the business has been reinvented, at least from a profitability standpoint. This is also a potential reason the company's legacy revenue has declined more than the estimated 2%-4% traditional mail meter market decline Lautenbach noted in his long-term strategy letter. On the other hand, nearly 7% annual declines in both legacy revenue and EBIT point to a company in desperate need of a transition to a new business model.

Operational excellence in everything

As the letter notes, the company has cut days sales outstanding (DSO, which is accounts receivable divided by average sales per day) by one-third since Lautenbach has taken over. And that appears to be somewhat true, at least directionally, according to my calculations: The DSO was approximately 54.25 days as fiscal 2012, while it has dropped to 44.15 days as of the third quarter report, am 18.5% drop.

While this differs from the 33% Lautenbach references, differences between these two figures could be the use of an average accounts receivable instead of period-end. It's fair to say Lautenbach's broader point that DSO has improved -- and rather substantially -- is valid.

However, it's a folly to point to one efficiency statistic as proof that the company is now in a much better space from an operational perspective. In fact, during the third-quarter conference call, Lautenbach himself directly stated (emphasis mine): "At a summary level, revenue is turning out as expected, but our bottom line is less than what we expected. Clearly, part of the mess is due to poor execution."

Overall, in the letter, Lautenbach notes that the company's digital commerce efforts have been mixed. Earlier efforts to focus on three primary markets -- location, intelligence, and content management -- initially did well, by growing at a "close to double-digit" rate  before faltering and resulting in a change of strategy.

On a positive note, the company has done an admirable job growing its e-commerce business. This business was so inconsequential in 2012 that there's no line item on the corresponding 10Q. However, Lautenbach's letter notes that it was a $10 million business in 2012 and is expected to be a $400 million business this year. From a revenue-growth perspective, the digital commerce segment is a bright spot for the company.

Where does Pitney Bowes go from here?

It's easy to blame CEO Marc Lautenbach for poor performance, but it should be noted that these problems preceded him. In fact, the stock is down more than 71% in the past decade. The simple truth is that the company is in a business in secular decline, and it's unlikely even the best CEO could have done much better.

On the conference call, Lautenbach noted, "We believe now is the time to explore a broad range of strategic alternatives that may have the potential to further unlock shareholder value." Later, rating agency Moody's revised the company's outlook to "negative." I agree -- while the stock has gotten cheaper on an earnings basis because of the recent sell-off, getting in here could be like trying to catch a falling knife -- or a buggy whip.