Seriously, folks, that's not a rhetorical question: Why?

Shares of Pitney Bowes (PBI 3.20%), a small-cap provider of postal delivery solutions, isn't the kind of stock you'd ordinarily expect to blow up 50% in a day, but that's precisely what we're seeing this afternoon: Pitney Bowes stock, up 52% as of 2:45 p.m. EST. 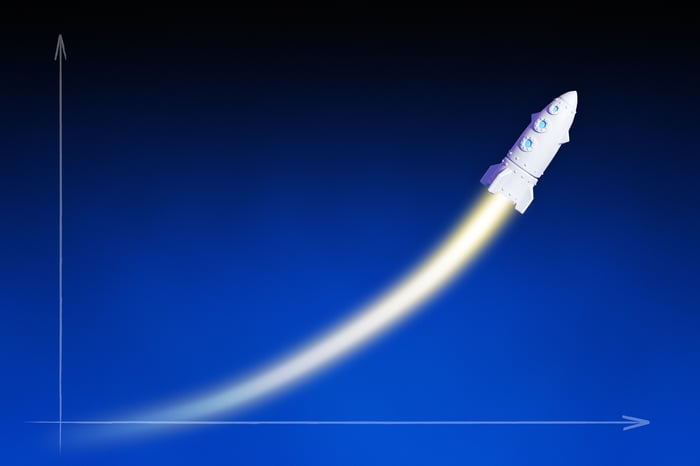 Is it earnings? Pitney Bowes is scheduled to report its fourth-quarter numbers in just one week, after all, on Feb. 2. But analysts are forecasting profits of just $0.10 per share, or 29% below what the company earned a year ago, despite sales growing 13%.

That hardly seems like anything to get excited about.

Or is it a takeover rumor that's lifting this stock? On the SEC's website, BlackRock (BLK 3.69%) just made an SC-13G/A filing showing that it has taken a 14.6% stake in Pitney Bowes stock.

Problem is...that's precisely the same amount BlackRock already owned a year ago. No change at all.

Or could it be...WallStreetBets (WSB), the Reddit phenomenon that's already blown up shares of everyone from Bed Bath & Beyond to GameStop to Virgin Galactic, as it directs its legions of short-term momentum traders to buy shares of heavily shorted stocks and send them to the moon, flying on a wing and a prayer?

I honestly don't know which of these factors is actually sending Pitney Bowes stock so dramatically higher today. Maybe it's a combination of all three: a misinterpretation of the BlackRock filing combining with a rumor that earnings will outperform; and the hope that these two factors will work in combination to "squeeze the shorts" who are betting on Pitney Bowes' downfall and have sold 13% of the company's shares short.

What I do know is that Pitney Bowes' profit has been falling for three straight years. It's unprofitable so far this year, too, and likely to end the year with a loss -- and it's carrying $2 billion in net debt. That's not the kind of stock I personally would bet on to outperform the stock market over the long term, although it's certainly doing mighty fine today.