For as long as this writer can recall, GW Pharmaceuticals (NASDAQ:GWPH) has been the kingpin of all marijuana stocks. It's had a market cap that's hovered around $3 billion for the better part of three years, making it the largest weed stock by market cap by a mile.

Why GW Pharmaceuticals has been the pot-stock kingpin

The recent success of GW Pharmaceuticals is tied to its cannabinoid-based drug-development pipeline. Though it does have one approved drug in foreign markets throughout Europe, Sativex, as a treatment for spasticity tied to multiple sclerosis, virtually no value is tied to this drug. Instead, all eyes are laser-focused on the development of Epidiolex, a cannabidiol-based oral medicine designed to treat two rare types of childhood-onset epilepsy, Dravet syndrome and Lennox-Gastaut syndrome. Cannabidiol is the non-psychoactive component of cannabis. 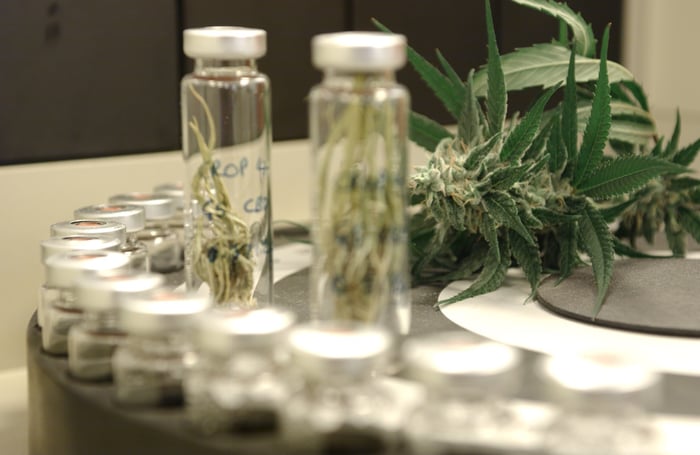 In two separate late-stage trials for each indication, Epidiolex wound up demonstrating a statistically significant reduction in seizure frequency when compared to the placebo. The improvements were particularly notable in Dravet syndrome, where a 39% decline in seizure frequency was observed compared to just 13% for the placebo. If approved by the Food and Drug Administration, Epidiolex could bring in $500 million or more annually in peak sales and, more importantly, push GW Pharmaceuticals healthfully into the black. It'd also help validate the company's cannabinoid-based drug development strategy.

Considering that marijuana is wholly illegal in the U.S., which has constrained the potential for dried cannabis growers, this cannabinoid research approach of GW Pharmaceuticals has kept it comfortably ahead of the pack...until recently.

Canopy Growth is a Canadian-based medical cannabis grower and retailer, and easily the company within Canada's budding pot industry that commands the most market share. It has a number of factors that have been working in its favor over the past couple of months, as compared to U.S.-based marijuana stocks that have been stymied by commentary from an ardent opponent of pot's expansion: Attorney General Jeff Sessions. 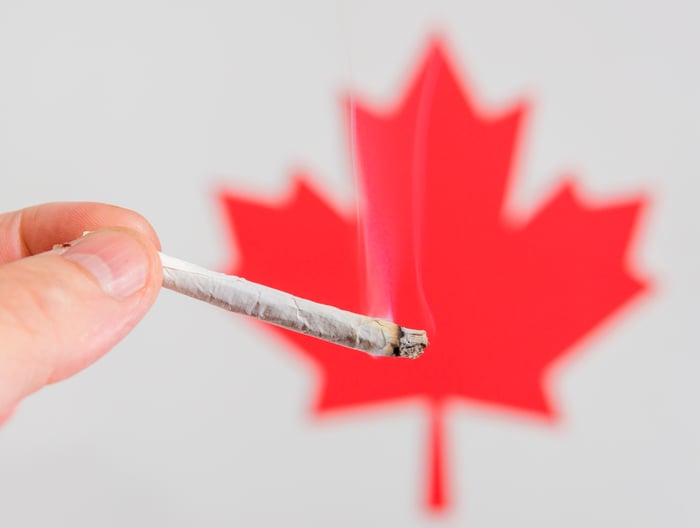 To begin with, Canopy Growth could easily be profitable and growing at a lightning-quick pace solely from the medical side of the equation. In May, Health Canada announced that the number of eligible medical marijuana patients had been growing by about 10% a month. Given that Canopy Growth has access to about half of all medical weed patients in Canada following its acquisition of Mettrum Health in January, it's been reaping the rewards of Canada's medical cannabis legalization and expansion.

Secondly, Prime Minister Justin Trudeau in April introduced legislation with the intent of legalizing recreational weed by July 1, 2018. With conservatives in parliament in the minority, it's looking increasingly likely that Canada could become only the second country in the world, after Uruguay, to legalize adult-use weed. Doing so would lead to billions in additional annual revenue and an expected surge in demand.

A third factor lighting a fire under Canopy Growth's shares is the recently introduced tax proposal on recreational cannabis, should recreational weed be approved in Canada. The proposed tax rate would be lower than that of alcohol in our neighbors to the north, and it would allow legal cannabis to be price-competitive with black-market pot. Trudeau has been crystal clear that the only way to drive consumers into legal channels is to be competitive on price, and this recent tax proposal aims to do just that.

Even kingpins have risks

But even kingpins have drawbacks investors need to be aware of, and Canopy Growth is no different. The most obvious concern is what'll happen with recreational pot in Canada. Though Trudeau is trumpeting for legalization, he's faced concern from provincial mayors who don't believe they have the time, funds, or police force necessary to get regulations in place by July. There have been other concerns raised by lawmakers concerning ease of access by adolescents if there's a home-grow option, as well as the enforcement of driving under the influence of cannabis laws.

Competition is another cause for worry. For example, Health Canada announced in May that it was easing some of the restrictions for the licensing process to grow medical cannabis. This could mean an influx of new growers. While Canopy Growth has a clear lead in grow capacity, having more players could certainly challenge its market share.

And of course, we have the company's valuation, at nearly $3 billion. Because it's spending so much on growing capacity and acquiring new companies, it's yet to produce a full-year profit. Sans acquisition costs and reinvestment, Canopy Growth would probably be profitable, but it'd also have a P/E north of 100. If it's unable to keep up its breakneck sales growth pace, its stock could come under pressure.

Nonetheless, as the new face of the legal marijuana industry, feel free to add Canopy Growth to your watchlist, and keep a close eye on Canada's parliament for a decision on recreational weed.