Please ensure Javascript is enabled for purposes of website accessibility
Log In Help Join The Motley Fool
Free Article Join Over 1 Million Premium Members And Get More In-Depth Stock Guidance and Research
By Evan Niu, CFA – Updated Nov 18, 2017 at 12:30AM

The data licensing business has brought in $325 million in revenue over the past year.

Despite recent gains in engagement, Twitter's (TWTR -0.31%) ad business is not doing all that hot right now. Even though the company has been making meaningful progress with growing daily active users (DAUs) -- outpacing modest monthly active user (MAU) growth as proof of said engagement gains -- Twitter has struggled with actually monetizing that usage.

That became evident earlier this year, after there was hope that President Trump's tremendous affinity for the service could translate into a boost for the business, but those hopes ultimately faded. 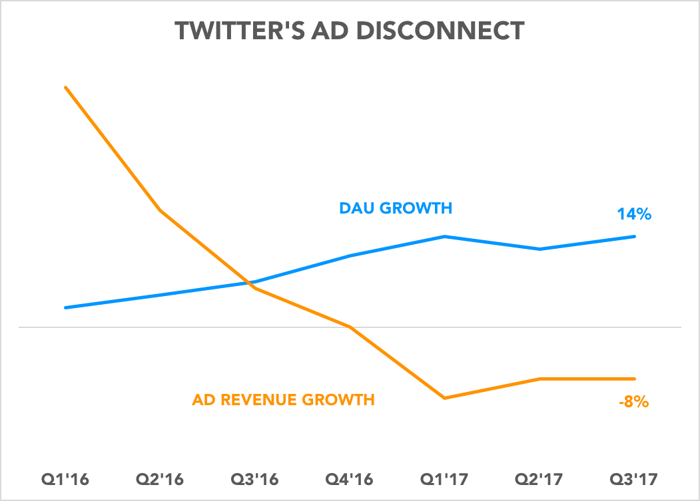 The silver lining is that Twitter also has a sizable data licensing business, where it sells its data to a wide range of third-party analytics companies. Recode reports that Twitter has started pricing its enterprise application programing interfaces (APIs) more aggressively in an effort to grow that side of the business.

The report is worth checking out in itself, but the broader point is that Twitter is starting to come up with new data licensing products at different price points, as it realizes how valuable this data truly is. 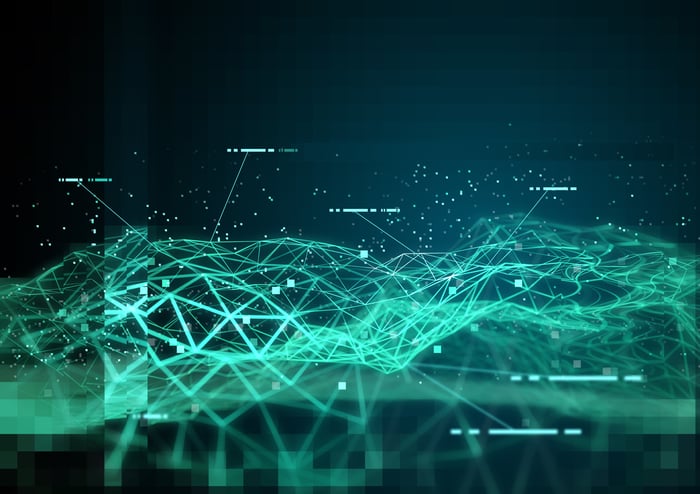 If you recall, when Twitter first went public it was clear that the data licensing business was more of a cherry on top, not a segment that the company was all that interested in allocating significant resources toward. "We expect data licensing revenue to decrease as a percentage of our total revenue over time," Twitter wrote in its first 10-K for 2013. Twitter promptly dropped this language in all subsequent annual reports.

That really did hold true for a few years though, although investors have seen a meaningful uptick in 2017 regarding the data licensing business's contribution to the top line. 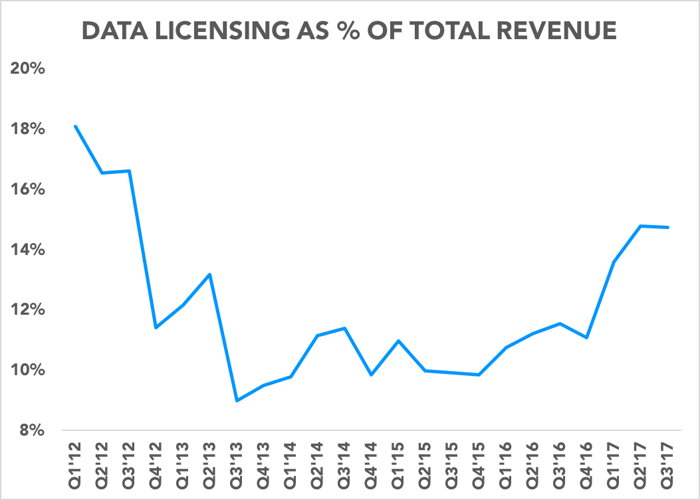 Beyond percentages, investors shouldn't ignore how much the data licensing business has grown over the years in absolute dollars. 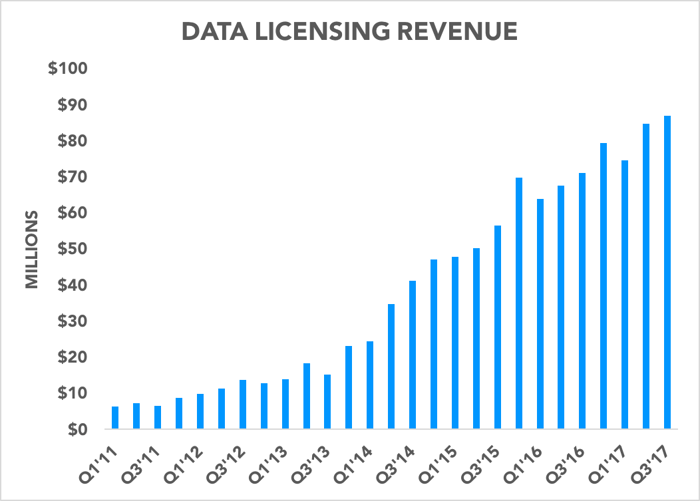 On a trailing-12-month basis, Twitter has now brought in $325 million in data licensing revenue, which is not an insignificant amount of money. These trends underscore the fact that Twitter can survive as a viable stand-alone company, provided that it accepts what it is and what it isn't. The company will never truly rival larger ad giants, but it can build a sustainable business, thanks in part to this growing data licensing business, which is free from all the nuances and seasonal aspects of advertising.