Sears Holdings (NASDAQ:SHLDQ) and J.C. Penney (OTC:JCPN.Q) are in a race to the bottom. While the former has often been seen as the retailer that would file for bankruptcy first, the latter is giving it a run for its money.

With both facing serious financial hardships, will this be the last Christmas that either Sears or J.C. Penney -- or both -- see? 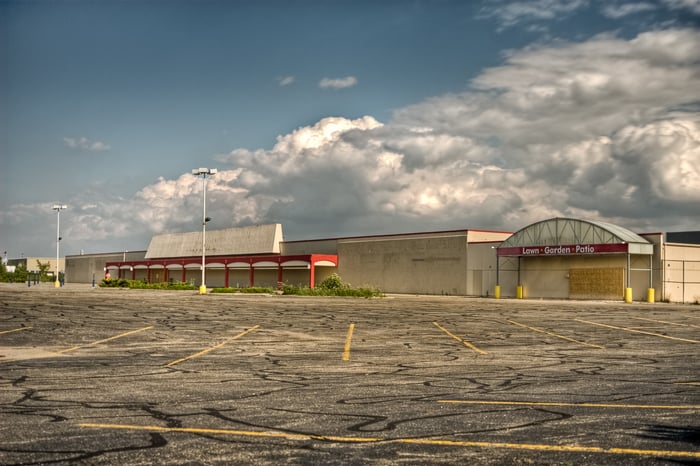 The case against Sears Holdings

Sears Holdings has been on life support for several years. The department store chain is being propped up by a series of cash infusions coming from chairman and CEO Eddie Lampert, who continuously extends loans to Sears to allow it to make it through whatever current crisis it's facing.

Lately, that is shoring up vendor nerves as they fret about being able to get paid if they ship product to the retailer. It's already lost several high-profile suppliers, including toymaker JAKKS Pacific (NASDAQ:JAKK) last year and most recently appliance maker Whirlpool (NYSE:WHR), which could be devastating to its ability to bring in customers.

In the last month alone, Lampert has loaned Sears money three times. It borrowed $100 million from Lampert's hedge fund, ESL Investments, with a stipulation to lend up to $100 million more by Dec. 1 if Sears identified additional collateral to secure the loan. A little over two weeks later, it borrowed another $40 million and then a week later took the remaining $60 million. 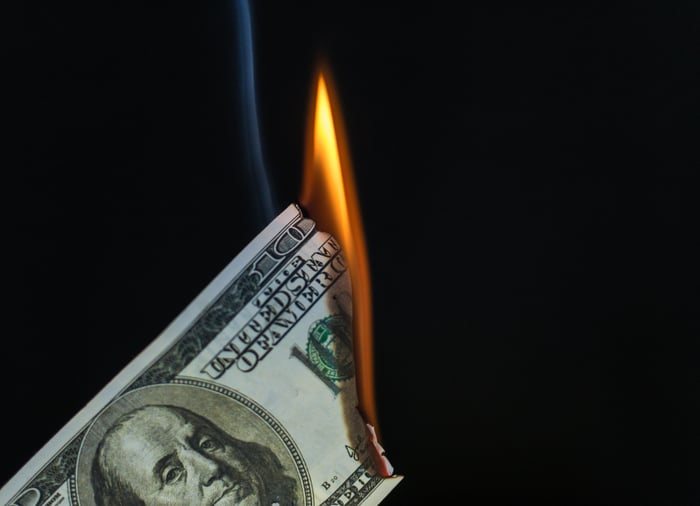 Over the last two years, Sears has borrowed about $2 billion to keep the business open. And this despite the fact it has closed hundreds of stores to reduce its costs. Between July 2016 and July 2017, Sears closed more than 340 stores, and it has closed more than 25% of its stores this year alone. It just announced it will be shuttering another 63 stores.

The problem is that the retailer is burning through cash faster than it can make it. Ratings agency Fitch Ratings says it needs to raise around $2 billion annually just to keep the lights on. While Lampert has made some smart branding deals this year with its remaining assets like Kenmore and DieHard, it's likely too little too late, and it remains difficult to believe it can survive at this rate for very long.

The case against J.C. Penney

J.C. Penney hardly looks any better off. While it had veered very close to running off the rails several years ago after then-CEO Ron Johnson tried to modernize its approach to retailing, causing its customer base to abandon it, the company seemed to regain control.

But part of its problem was that its customer numbers had been dwindling prior to Johnson assuming the helm and his efforts were an attempt to stem the flow. Of course, they only hastened their exit, and after Johnson was ousted from the position, the remedies deployed only stopped the hemorrhaging. It never fully recovered.

In the age of Amazon.com (NASDAQ:AMZN), that hasn't been nearly enough. J.C. Penney did try to bring back items popular with its customers, like an expanded home department and appliances, but they have not been enough to turn the tide. 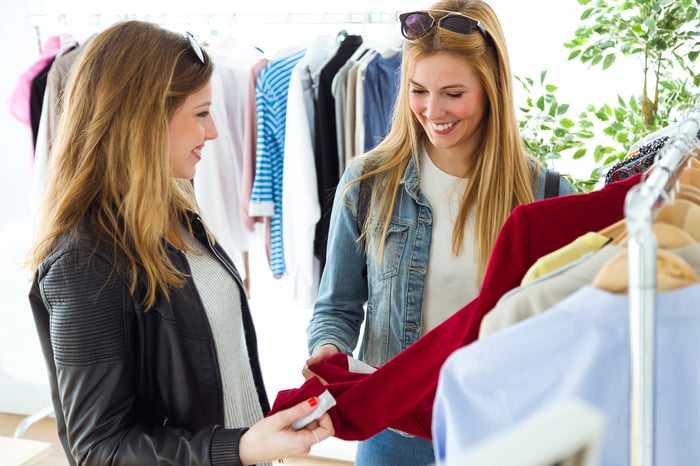 What seems to be spelling doom for J.C. Penney now is its women's apparel business. This segment has long accounted for a quarter of the department store's revenue, but lately it hasn't been moving merchandise. In its third-quarter earnings report, chairman and CEO Marvin Ellison said it would be revamping women's apparel and liquidating much of its inventory, which led it to revise its third-quarter guidance. J.C.Penney now expects to lose $0.40 to $0.45 per share for the period, more than double its previous estimates.

Amazon is also poised to become the largest apparel retailer this year, with an expected $28 billion in sales, surpassing current leader Macy's (NYSE:M), which ought to report sales of around $22 billion.

Unlike Sears, however, J.C. Penney doesn't have a deep-pocketed sugar daddy to turn to and be bailed out when the going gets tough. While that means both are unlikely to make it through to Christmas 2018, J.C. Penney may very well be the first to go under.