You won't believe the specs on these new all-electric vehicles.

Given how much Tesla (TSLA -0.77%) CEO Elon Musk hyped-up Tesla Semi ahead of its unveiling Thursday night, it was clear that over-delivering wouldn't be easy. But somehow, Tesla pulled it off anyway. The Tesla Semi and the surprise unveiling of its Roadster 2.0 supercar were flat-out mind-blowing.

From Tesla Semi's 500 miles of range to the new Roadster's 1.9-second zero-to-60 time, the specs of Tesla's newest vehicles crushed expectations. Here's an overview of each. 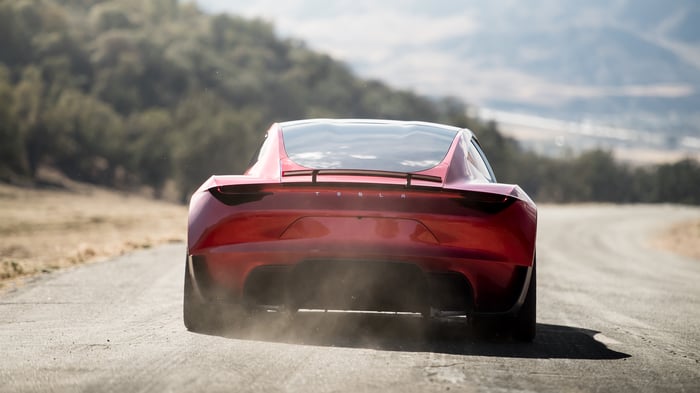 So much for the rumored maximum of 200 to 300 miles Tesla Semi would be able to drive on a single charge. Instead, the all-electric semi truck is capable of driving 500 miles -- and that's not with an empty load. This is the range a Tesla Semi can haul a max 80,000-pound load. With 80% of freight in the U.S. moved less than 250 miles, this means truck operators will often be able to drive to their destination and back without having to charge. 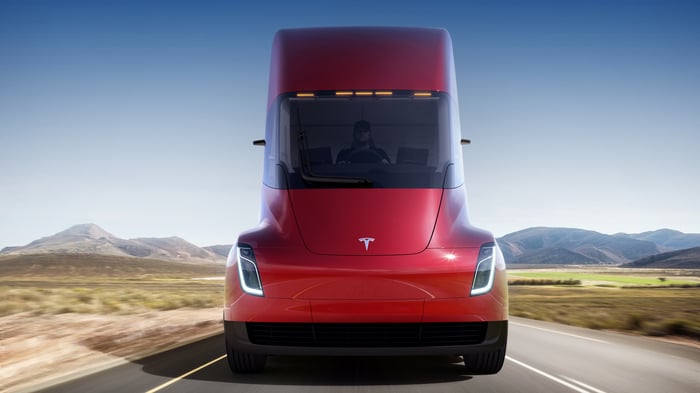 What about charging? Tesla says a new network of Tesla Megachargers will enable 400 miles of charge in just 30 minutes. And like Tesla's existing Supercharger network, there will be enough charging locations to enable long-distance travel worldwide, Tesla said.

Other notable features include: 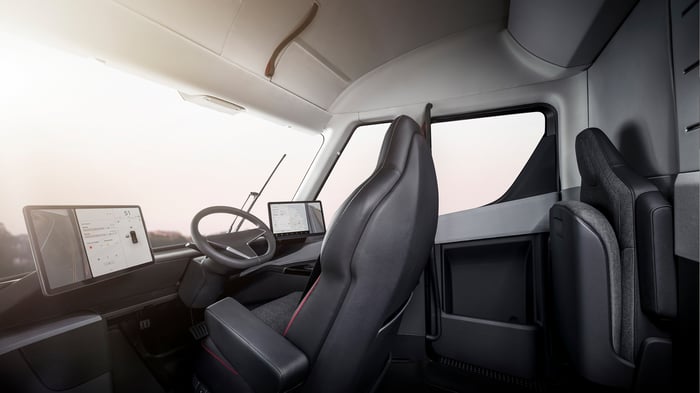 Just when Tesla's product event looked like it was over, the electric-car maker pulled one of Apple's "one more thing" surprise announcements. After a false event ending, lights dimmed, and a new Tesla Roadster rolled out of the back of a Tesla Semi cargo bay to the tune of "Renegades of Funk" by Rage Against the Machine. 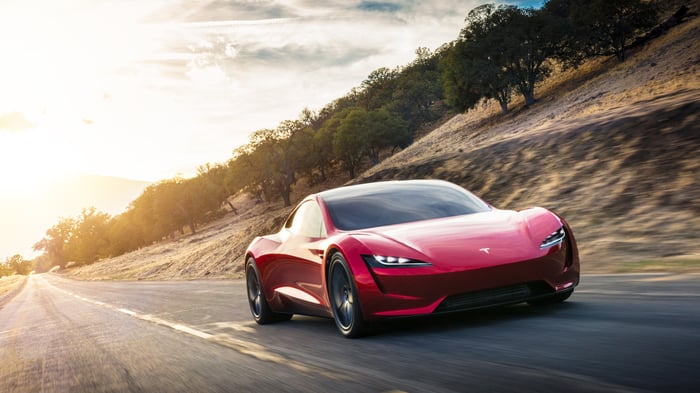 Not only could the Roadster achieve a mind-boggling zero-to-60 time of 1.9 seconds, but it boasted a wild 620 miles of highway range, or 1,000 kilometers. It's the quickest-accelerating production car ever made.

Here are some more stats on the new Roadster:

And these are just the base specs. 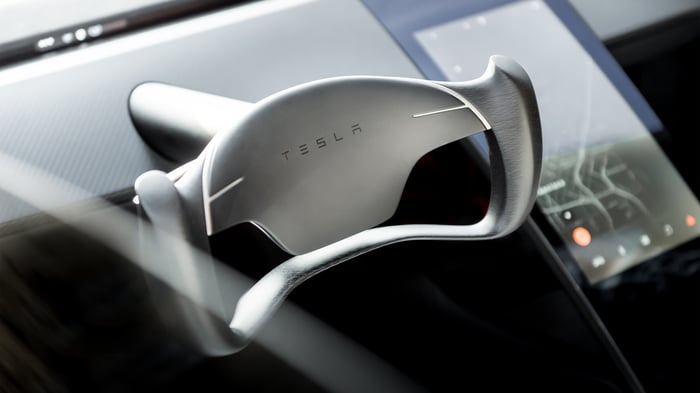 When? And how much?

Of course, with Tesla being right in the middle of "production hell" with its Model 3, it was no surprise that customers will have to wait to get their hands on these vehicles. But the wait isn't too crazy. Tesla Semi production will begin in 2019, and the new Roadster will be available in 2020.

As far as prices go, Tesla didn't provide a specific figure for its semi, but it said a diesel truck would cost 20% more to operate than a Tesla Semi from day one. Further, thanks to lower electricity prices at Tesla's Megachargers, Tesla said owners can expect to save $200,000 or more on fuel costs alone over 1 million miles of driving.

Reservations for the new all-electric semi can be made with a $5,000 deposit. 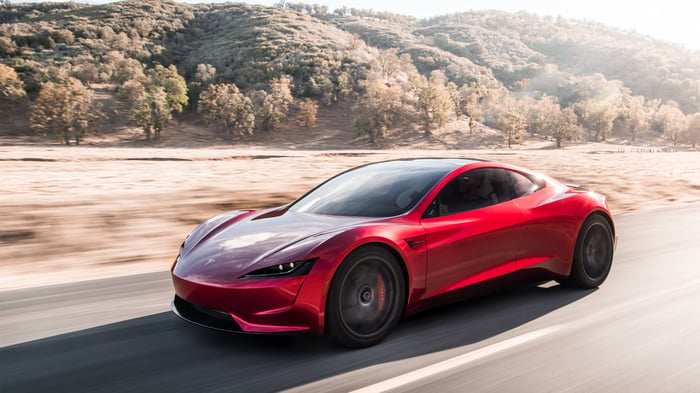 Tesla's Roadster has a base price of $200,000 and a top price of $250,000 for the fully loaded Founders Series version. Though the vehicle is clearly priced in supercar territory, it's far cheaper than many of the supercars it outperforms. Reservations require a $50,000 deposit for the base version, or the full $250,000 for the Founders Series version.

As Musk said about the Roadster, the unveiling marked "a hardcore smackdown to gasoline cars." And the same could probably be said about the Tesla Semi compared to its diesel counterparts.

Now Tesla just needs to build these vehicles. But it will need to catch up on its Model 3 production first.