Investors have long been leery of the potential for foreign governments to introduce new regulations, seize assets, and otherwise interfere in the operations of a company. Examples that justify those concerns abound.

In mid-2016, China introduced laws to regulate internet advertising that had far-reaching effects on e-commerce, search, and social media companies. Earlier this year, the government of Venezuela seized a factory and other assets owned by General Motors, resulting in a one-time charge by the company of approximately $100 million.

Potentially one of the greatest underlying risks when investing in China, however, is a common but controversial corporate structure that gets little attention in the West. This complicated legal agreement is the variable interest entity (VIE), often referred to as the Sina model, after Chinese online media company SINA Corporation (NASDAQ:SINA), which was the first to use the structure, in 2000. 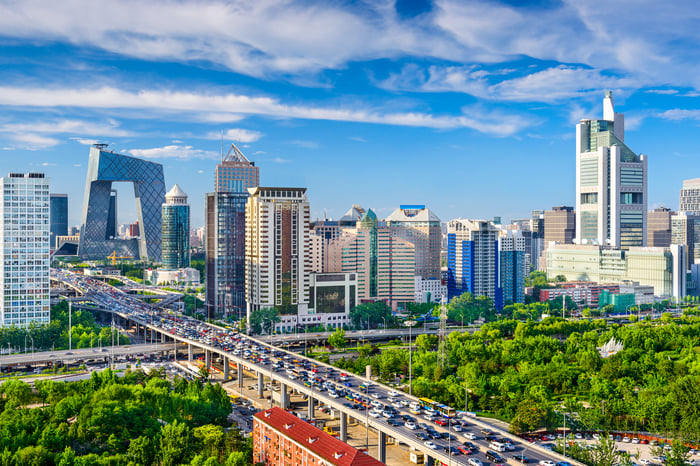 Since its debut, the VIE structure has been used by some of the most well-known Chinese companies to gain access to U.S. markets, including search leader Baidu, Inc. (NASDAQ:BIDU), e-commerce giant Alibaba Group (NYSE:BABA), and social media titan Tencent (OTC:TCEHY). Other high-profile examples include online retailer JD.com, Inc. (NASDAQ:JD) and internet gaming pioneer NetEase, Inc. (NASDAQ:NTES).

Chinese law bars foreign ownership of companies in a variety of industries including mining, steel, telecommunications, internet, and education. Complicated legal structures were devised as a workaround, whereby a series of contracts are drawn up that take the place of actual ownership in the company.

In order to circumvent foreign-ownership restrictions, a VIE is established in a country outside the jurisdiction of the Chinese government. Then, certain intellectual property -- such as operating licenses -- are transferred into the VIE, and contracts are drawn up between the company and the VIE. The entity is thus entitled to all or a portion the company's profits without owning any of its assets.

When U.S. investors buy stock in a Chinese company listed in the U.S., they are actually investing in the VIE, not the company itself. So, while they have access to companies in highly regulated sectors, they have no voting rights and none of the legal remedies that are typically available to investors.

Are they even legal?

While allowing their use in practice, China has never specifically addressed whether VIEs fall within the law. Since they were devised as workarounds to existing regulations, the government could potentially declare these entities illegal. This would force the companies that use them into uncharted waters, and investors could pay the price.

While the risk seems significant, the news isn't all bad. China is unlikely to ban these entities outright. Chinese companies, and by extension the government, are eager to obtain the massive amounts of financial capital available in Western markets. Banning the structures would cast China in a negative light on the world stage, while throwing its own markets into turmoil.

In a positive development for investors, the Supreme People's Court of China earlier this year upheld a lower court's ruling that a framework agreement that was very similar to a VIE was valid. While it was not a wholesale endorsement of the structure, and the court didn't specifically address the legality of VIEs, it is now more likely that the entities could be viewed favorably by Chinese courts in the future.

It's a question of risk

While knowledge of the existence of VIEs may give investors pause, it shouldn't necessarily keep them from buying stock in these potentially high-growth opportunities. But it's important to be aware of the risk when deciding what allocation Chinese companies should have in a diversified portfolio.