Shares of NetEase (NASDAQ:NTES) have jumped today, up by 14% as of 12:20 p.m. EST on continued momentum after the Chinese video game company posted third-quarter results earlier this week. There were no new developments since the release, but investor sentiment remains bullish.

Revenue in the third quarter jumped 35.5% to $1.9 billion, and non-GAAP earnings per ADS was $3.43. NetEase launched Minecraft in China during the quarter, and quickly grabbed 30 million new registered users. Other legacy games like Fantasy Westward Journey Online and Invincible gained popularity, each hitting record quarterly revenue. NetEase both releases its own games as well as distributes games in China for other companies. 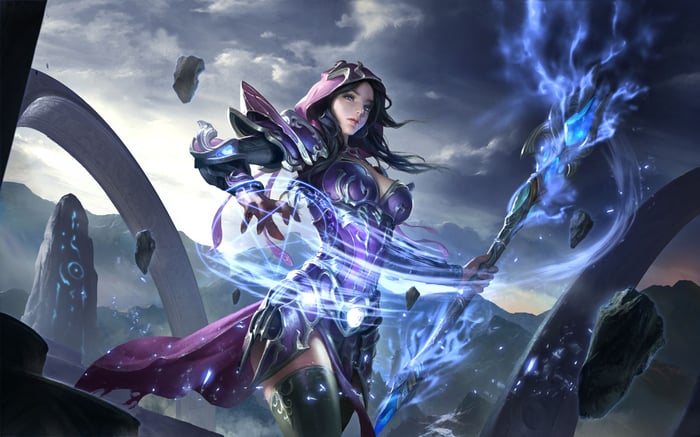 A character from NetEase's Crusaders of Light. Image source: NetEase.

For a full breakdown of the results, be sure to check out fellow Fool Dan Caplinger's summary here.

Minecraft became a global phenomenon years ago, and Microsoft subsidiary Mojang announced the partnership with NetEase in May 2016 to bring the popular game to the Middle Kingdom. On the conference call, CFO Charles Yang said it was ranked the No. 1 downloaded mobile game on the first day of release, and NetEase is beginning to kick off monetization:

In terms of monetization, for Minecraft this is a sandbox platform. Essentially, you can think of this as a marketplace. We encourage developers to come to this marketplace, this platform, to come up with exciting, innovative molds and users willing to pay for these molds to get enhanced user experience on Minecraft platforms.

Despite no other news today, it's not hard to see why investors are still excited for NetEase's growth prospects.