The stock may have jumped on a positive earnings report, but the fundamental problems facing the retailer remain unchanged.

A surprise jump in comparable sales and a big earnings beat sent shares of video game retailer GameStop (GME -3.56%) higher on Wednesday, but below the surface all is not right with the company. There was more bad than good in GameStop's third-quarter report, and the existential threat facing the retailer hasn't diminished.

Growth where it doesn't matter much

GameStop managed to report comparable sales growth of 1.9% in the third quarter, pushing its revenue slightly above analyst estimates. The Nintendo (NTDOY 0.05%) Switch was the main reason, driving new hardware sales up 8.8% year over year. The Switch also helped increase new software sales, which jumped by 5.4%. 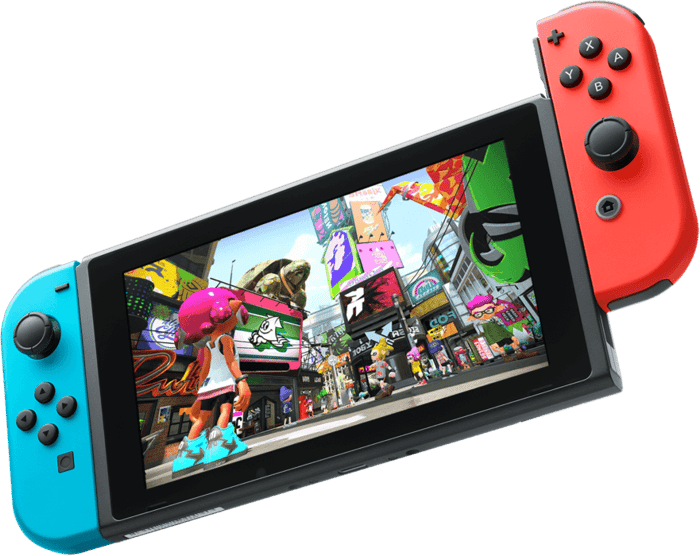 Collectively, these two categories accounted for about 48% of total revenue. But they also accounted for just 28% of gross profit. New game hardware sales produced a gross margin of just 11.9%, down from 13.1% in the prior-year period. Despite the increase in sales, gross profit from new game hardware declined slightly. New game software was a bit more profitable, carrying a gross margin of 24%. But that's still far lower than any of GameStop's other product categories.

Growth in collectibles sales was a bright spot. Collectibles revenue jumped 26.5% year over year to $138.4 million, and the company expects between $650 million and $700 million of revenue from this category in 2017. Gross margin was also solid at 38.1%, although collectibles only account for about 7.6% of the total gross profit.

But two other growth categories, technology brands and digital, declined during the second quarter. Technology brands revenue tumbled 10.2% year over year, with GameStop blaming the late release of the iPhone X and a change in AT&T's dealer compensation structure. Adjusted operating earnings from this segment tumbled 52.3%.

Digital sales also slumped, down 16.8% on a reported basis thanks to the sale of gaming portal Kongregate earlier this year. Excluding Kongregate, digital sales jumped 11.9% to $37.2 million. Digital remains a tiny part of GameStop's business.

GameStop's profit engine, its used and value segment, suffered a decline in sales as well. Used and value revenue dropped 2.4% year over year, while the segment's gross margin contracted by nearly three percentage points to 43.4%.

The strength of the Nintendo Switch boosted sales during the third quarter, but GameStop's diversification strategy hit a wall. The growth businesses aren't growing, and the cash-cow used and value games business continued its long slide.

About that earnings beat

GameStop reported adjusted earnings per share of $0.54, up $0.05 from the prior-year period and $0.11 above the average analyst estimate. But this increase was solely due to discrete tax items that lowered GameStop's tax rate during the quarter. GAAP (generally accepted accounting principles) operating income plunged 11.4% year over year, but this was more than offset by dramatically lower tax rates.

Adjusted earnings per share benefited by $0.11 from the tax items, meaning that adjusted earnings slumped once those items are backed out. Given the mix shift toward low-margin new game hardware and software, this shouldn't be surprising.

GameStop reiterated its full-year earnings guidance, which calls for EPS between $3.10 and $3.40. That puts the stock price at a mid-single-digit multiple of earnings. That may seem enticing, but I'm not convinced GameStop can navigate the shift from physical game discs to digital games for consoles. And I'm absolutely not convinced non-game categories like technology brands and collectibles will ever produce the kinds of margins that GameStop enjoys with its used-games business. When console games go fully digital, the concept of a "used game" will disappear.

The Nintendo Switch will allow GameStop to have a decent holiday season. But it won't save the company.