On the surface, it seems like this year is one that Enbridge (NYSE:ENB) investors might want to forget since the stock has fallen by double-digit percentages so far. However, that share price decline masks an excellent year for the pipeline and energy distribution company, which made significant progress on its long-term growth plan. Because of that, it's on course to deliver healthy cash flow and dividend growth over the next several years, which should eventually cause the stock price to rebound.

Here's a look back at some of Enbridge's most important accomplishments of the past year. 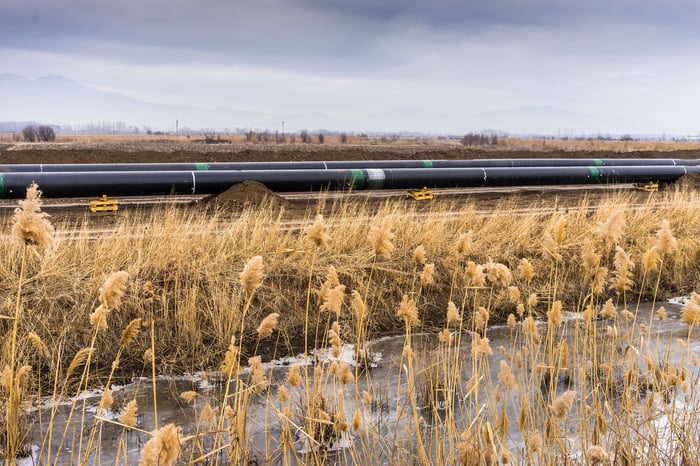 In September 2016, Enbridge announced plans to acquire Spectra Energy in a deal that would create the largest energy infrastructure company in North America. That purchase closed this past February and did two things for Enbridge. First, it diversified the company's oil-pipeline-focused business by adding a leading natural gas pipeline network to its portfolio. In addition to that, it provided the company with several expansion projects, buying it additional growth.

But that deal was only one of many transactions Enbridge completed this year. The company and its MLP Enbridge Energy Partners (NYSE:EEP) also picked up a stake in the controversial Bakken Pipeline System. That pipeline entered service in June and started providing steady cash flow for both companies. Meanwhile, Enbridge agreed to pay 1.7 billion Canadian dollars ($1.3 billion) for a stake in an offshore wind development in Germany. That deal helped bolster the company's longer-term growth prospects while continuing its move toward cleaner energy. Finally, the company restructured Enbridge Energy Partners, which helped put that entity back on a more solid financial footing so it can support Enbridge's growth. 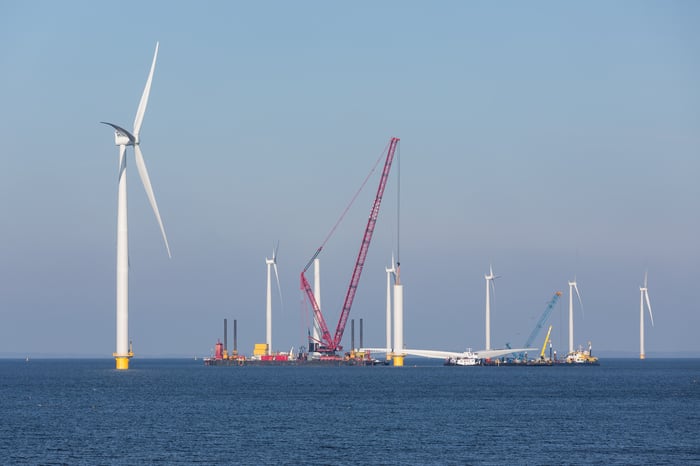 The Spectra Energy deal is one of the keys to Enbridge's long-term growth plans. That's because it helped push the company's near-term project backlog up to CA$26 billion ($20.4 billion). The pipeline giant estimated that those expansions would provide it with enough business to grow its available cash flow from operations by 12% to 14% annually through 2019, which should in turn support 10% to 12% dividend growth each year through 2024.

Enbridge has already completed a significant portion of those projects, placing CA$9 billion ($7 billion) in service through the end of the third quarter. It expects to finish another CA$3 billion ($2.4 billion) in projects by year's end, and remains on schedule and on budget with most of the other ones in its backlog. As a result, the company is on pace to hit its full-year guidance for available cash flow from operations, and is positioned to deliver significant earnings growth over the next several years as volumes start ramping up through these systems.

In addition, the company added several more projects to its agenda this year, bringing its backlog up to CA$31 billion ($24.3 billion). Those increase the likelihood that Enbridge will hit its ambitious dividend growth goal. Meanwhile, it continues working on securing more expansion opportunities.

A successful year by any measure

While Enbridge's stock price might be down this year, on nearly every other metric, the company has improved. One metric that income-focused investors won't want to overlook is its dividend yield, which is now up to an attractive 5% thanks to the combination of a declining stock price and a 15% increase in the payout earlier this year. Because of that, this looks like an excellent opportunity to scoop up a superb income stock for the long term.