These two market leaders are compelling businesses in their own right, making their growing dividends look like bonuses.

One of the best reasons to love dividend stocks is that many of them not only pay out regular dividends, but also increase those payouts over time. Two attractive dividend stocks doing exactly that are Starbucks (SBUX 3.76%) and Walt Disney (DIS 1.84%). Indeed, both companies just recently announced increases to their dividends.

Here's an overview of each of these dividend stocks, as well as a look at their most recent boosts to their payouts. 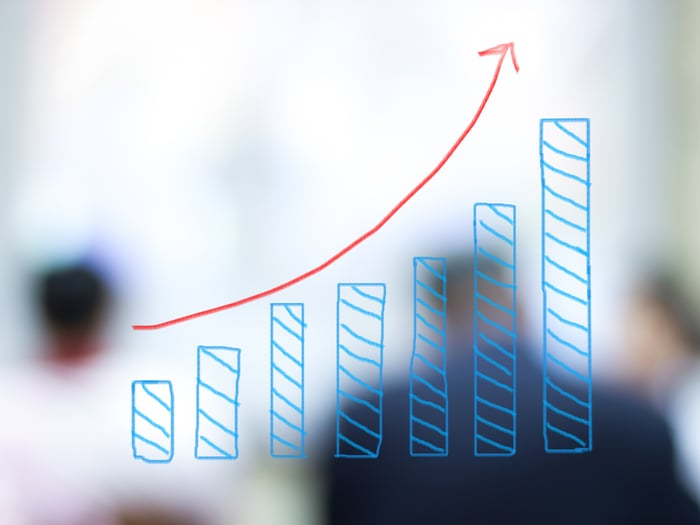 On Nov. 2, Starbucks announced a 20% increase to its dividend. The strong, double-digit increase extends the coffee giant's impressive track record of rapid dividend growth. Over the last five years, Starbucks' dividend has increased at an average rate of 24% annually.

What makes Starbucks a particularly attractive dividend stock is how well-rounded its dividend is. Beyond its rapid dividend growth, Starbucks' also has a meaningful dividend yield and a conservative payout ratio. Starbucks' dividend yield is 2.1% -- above the average dividend yield of stocks in the S&P 500 of 1.9. Further, the coffee retailer is only paying out 53% of its earnings, leaving room for more dividend increases and breathing room if earnings take a hit.

Starbucks certainly has Walt Disney beat when it comes to recent dividend growth. Disney's Nov. 29 announcement of an 8% boost to its semi-annual dividend pales in comparison to Starbucks' strong, double-digit increase. Walt Disney's dividend yield of 1.6% is also much less compelling than the coffee giant's 2.1% dividend yield. But Disney easily makes up for these shortcomings on two fronts: a much lower payout ratio and a more conservative valuation.

Disney is currently paying out only about a fourth of its net income, giving it a payout ratio of 27% -- well below Starbucks' payout ratio of 53%. This means Disney has much more room than Starbucks for dividend increases.

In regard to valuation, Disney's stock trades at a much lower price-to-earnings multiple than Starbucks. Its price-to-earnings (P/E) ratio is 18.5 compared to Starbucks' P/E of 29.3. While Starbucks has proven it can grow earnings per share (EPS) more rapidly in recent years, Disney isn't far behind, increasing its EPS at an average rate of 13% annually over the last five years. The media and entertainment juggernaut's EPS has risen at an average rate of 10% during this same period.

Both dividend stocks are attractive, but each stands out in its own way. With its higher yield and faster dividend growth, Starbucks looks like a better near-term dividend stock. But Disney could prove to be a valuable income investment for more patient investors, thanks to a lower payout ratio that may enable more dividend growth over the long haul.

Of course, these two dividend stocks are now looking even better after freshly announced increases to their regular dividends.