Please ensure Javascript is enabled for purposes of website accessibility
Log In Help Join The Motley Fool
Free Article Join Over 1 Million Premium Members And Get More In-Depth Stock Guidance and Research
By Demitri Kalogeropoulos - Dec 1, 2017 at 7:46AM

The trends investors will be focused on in the ski resort giant's upcoming earnings report.

The fiscal first quarter is usually a sleepy one for Vail Resorts (MTN 2.34%). Its biggest properties aren't open for ski operations in this period and so sales are typically just a small fraction of their winter seasonal peak. That helps explain why Vail Resorts is expected to post a $1.90-per-share loss when it announces first-quarter results on Thursday, Dec. 7.

The period tends to set the stage for the full year, though, and so this upcoming report will have plenty of important information for investors to digest. Here are a few of the key trends to keep an eye on in Thursday's report. 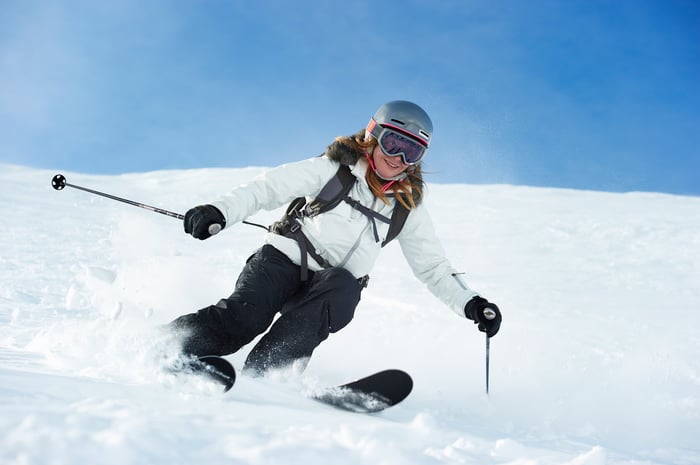 Season pass sales provide a window into the strength of the upcoming ski season that, so far, appears headed for more operating records. At the company's last quarterly update, management said it was "extremely pleased" with the 17% volume increase it was tracking through late September. Season pass sales were also up 23% in those early weeks of the fiscal year, which means average prices are rising.

Vail Resorts is working hard to get its customers to commit to buying passes earlier in the year. At the same time, management has allocated capital toward building a more sophisticated marketing machine with help from the big customer base it acquired when it purchased the Whistler Blackcomb resort last year. Investors will be looking for signs that these initiatives are working, and those will show up in continued healthy gains in season pass pricing and volume.

How was your summer?

Vail Resorts is hoping to lessen its reliance on the winter months that deliver nearly all of its earnings in each fiscal year. There are many potential benefits from generating more revenue in warmer seasons, including faster overall growth and a more stable revenue cadence. The company has huge fixed costs related to its lodging, dining, and mountain land properties year-round, too, so why not make the most of these valuable assets? 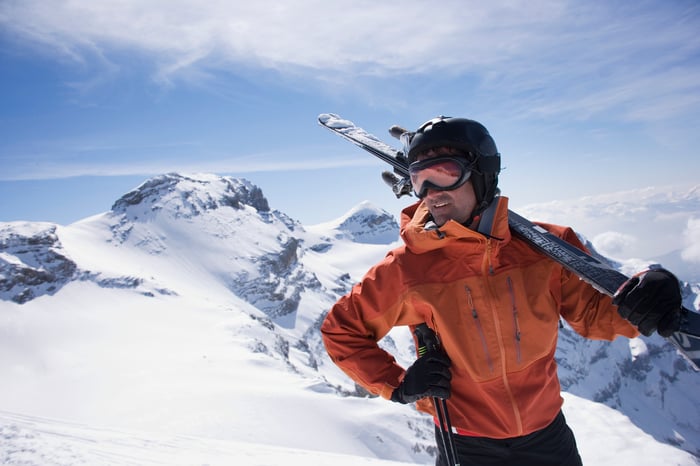 Investors will get an update this week on Vail Resorts' summer business that includes several new warm weather-themed activities in Breckenridge and across its other popular North American properties. It's still early in this process, but as the summer business segment matures, profitability should rise to help the company reduce operating losses in seasonally weak periods like the fiscal first quarter.

The broader 2018 results will be heavily influenced by winter weather, especially in Colorado and particularly during the peak ski season period that has just kicked off. CEO Rob Katz and his executive team won't have any special insight into future snow patterns to share with investors on Thursday. But it's likely that the latest operating results will convince them to make changes to their early fiscal 2018 forecast.

As of late September, the company predicted slow but steady gains in the new Whistler Blackcomb property. Its Colorado resorts, meanwhile, face an easy comparison to a prior-year period that was held back by unseasonably warm weather and the late timing of the Easter holiday. Altogether, Vail Resorts called for full-year adjusted profits to range between $652 million and $682 million and for net income to stop at between $234 million and $272 million. That implies a 17% spike in adjusted earnings and a 20% jump in bottom-line profits. Vail Resorts' updated forecast will show whether management is still confident that rising ski visits will help it deliver that record revenue and increased profitability in the new fiscal year.