For context, shares of the world's largest lithium producer, Albemarle, declined 4.6%, and the S&P 500 returned 3.1% in the month. 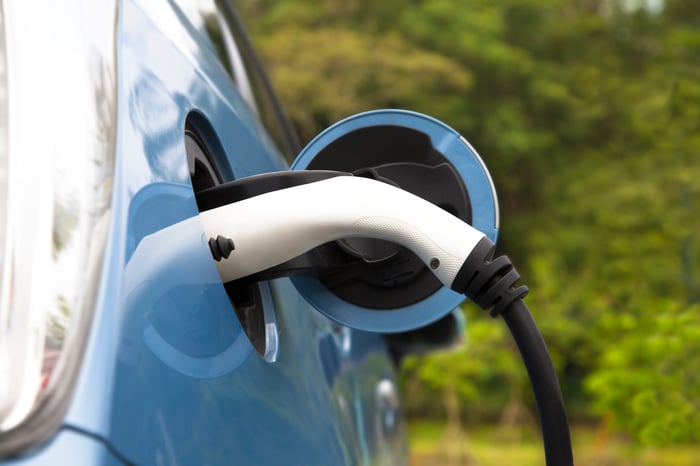 We can likely largely attribute SQM stock's decline in November to simple profit taking because the stock has run-up so fast -- returning 67% since just July. In that month, Reuters reported that Chinese private equity firm GSR Capital is exploring buying a substantial stake in SQM. The stock got another boost in September when news came out that China had started exploring a ban on the production of cars fueled by petroleum. Such a ban would be a boon to electric vehicles (EVs), along with producers of lithium, which is needed to produce the lithium-ion batteries that power EVs.

SQM's release of it third-quarter earnings doesn't appear to be a notable factor in the stock's decline. The stock had already dropped 5.4% in the month by the time earnings were released on Nov. 22. Moreover, the market's reaction on the next trading day was a big yawn, as the stock was essentially unchanged. The company's earnings per American depository receipt (ADR) came in at $0.43, more than double the $0.21 in the year-ago quarter, and essentially inline with the $0.42 that Wall Street was expecting.

It's not surprising that SQM pulled back in November, as the stock, along with most lithium stocks, has soared over the last two years. Further pullbacks could be ahead. However, as long as lithium-ion batteries remain the battery type of choice for EVs, the longer-term growth picture for higher-quality lithium stocks should remain positive.

Investors should keep in mind that SQM isn't a pure play on lithium, so its stock's performance will also be impacted by its other businesses. Moreover, it's based in Chile, so it has risks associated with emerging markets.