Wal-Mart's (NYSE:WMT) polarizing purchase of Jet.com last year drew lots of different opinions, but it proved to be only the beginning of a string of acquisitions.

In 2017, the buyouts have been smaller but important nonetheless to the company's transformation. If you missed them, let's get caught up on what the king of retail has been up to.

What's in the bag?

Wal Mart's first four acquisitions centered around expanding its online retailing presence, a trend it kicked off with Jet.com last year and one that Jet.com founder and now Wal-Mart e-commerce CEO Marc Lore said will continue. In an interview in October, Lore said these businesses will continue to operate independently and that more specialized retailer acquisitions should be expected.

Lore also said in the interview that Wal-Mart already has the ability to make next-day delivery to 87% of the U.S. The key is in the vast infrastructure Wal-Mart has already built, including its physical stores, a distinct advantage it has over many online-only upstarts.

As the company strives to update its variety of merchandise and move things online, putting its infrastructure to use by offering faster shipping options at checkout has been a big push. To that end, the most recent acquisition of New York City-based Parcel was made to help accelerate the development of those capabilities. 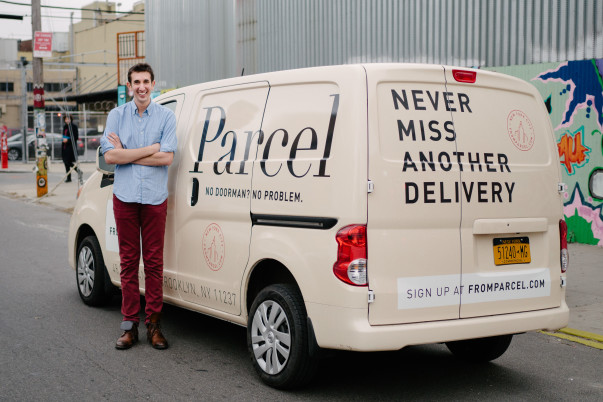 Parcel makes "last-mile" deliveries of online orders headed to customers in New York. The company has established itself a niche by bringing perishable food items to doorsteps, including online meal kit services. Parcel also offers scheduled delivery times via text message and automated delivery updates. Wal-Mart and Jet.com plan to use the company to test same-day and next-day delivery of groceries and non-perishable items in New York and expand from there.

It has been a standout year for Wal-Mart and its investors. This string of acquisitions -- intended to update its business model -- is paying off. A short time ago, the big box store was struggling to grow its online presence. In the recently reported third quarter, though, online sales increased 50%, extending the year's robust, double-digit e-commerce growth.

Retail is evolving, and while the likes of Amazon got the ball rolling with the online shopping trend, Wal-Mart is still king of the industry. It has proven thus far that it doesn't need to innovate to keep its lead. The big box superstore has been more than content to let other companies do the innovating, only to buy the successful ones later.

That strategy, which came under scrutiny a year ago, looks like it's paying off. Shareholders should expect a similarly busy 2018.