Please ensure Javascript is enabled for purposes of website accessibility
Log In Help Join The Motley Fool
Free Article Join Over 1 Million Premium Members And Get More In-Depth Stock Guidance and Research
By Jordan Wathen - Updated Dec 5, 2017 at 8:49AM

Many of the worst IPOs of 2017 all went public the same way.

Editor's note: An earlier version of this story erroneously claimed that recent IPO Funko had raised money through regulation A+. The Fool regrets the error.

Sixty days after going public, shares of YogaWorks (NASDAQ: YOGA) and Chicken Soup for the Soul Entertainment were down by at least 40% from their IPO price.

These businesses -- a yoga studio and a video curator -- have virtually nothing in common, except for how they went public. They were sold to the public through "mini-IPOs," raising less than $50 million under Regulation A+, a special type of public offering process with fewer restrictions and less regulatory oversight.

Investors who want to avoid the worst IPOs might want to write off Reg. A+ IPOs in wholesale. Here's why.

The upside to Regulation A+

One of the biggest differences is that Regulation A+ enables businesses to sell shares direct to the public, raising funds from ordinary people, rather than professional investors. Whereas large companies are restricted from marketing their shares, many Regulation A+ companies have gone so far to solicit investments from the public on Facebook and other social-media sites.

It's seemingly a win-win deal. Small companies find it easier to raise money, and individual investors get the opportunity to invest in companies at the ground floor, rather than see the gains accrue to venture capital investors on Sand Hill Road.

The Wall Street Journal summed up the subject succinctly, using virtual-reality company Oculus VR as an example of how Main Street investors missed out on big investment wins because companies couldn't sell securities direct to the public:

When Oculus VR sold to Facebook for $2 billion in 2014, some asked: What if the people who backed the virtual-reality start-up two years earlier on the crowdfunding site Kickstarter had received shares instead of T-shirts or VR headsets?

They might have seen $100 turn into $14,000, says Richard Swart, chief strategy officer of NextGen Crowdfunding. 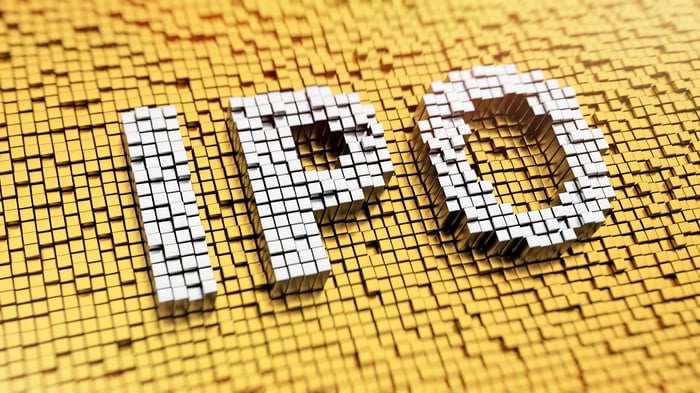 The downsides of Regulation A+

Many of the advantages of Regulation A+ are also disadvantages. Anyone can invest in Reg A+ IPOs, and where there are limitations, investors have to simply "self-certify" that they aren't investing more than they can afford to lose.

The ability to advertise shares for sale to the public makes issuing stock easy, but it also means average Joes who can't tell the difference between an income statement and balance sheet are being pitched shares of money-losing companies.

Companies that sell less than $20 million of stock to the public can even save money by avoiding auditing costs, which makes Reg. A+ IPOs cheaper, but it also leads to questions about how much you can trust the financial statements in the first place.

All these risks, though, are plainly disclosed, assuming investors read the long prospectuses that accompany one-sheets and marketing materials pitching bite-sized IPOs. The real risk is hidden: What if Reg. A+ IPOs are inherently a last-ditch fundraising method for companies that have no other choice?

In my view, the fatal flaw with Reg. A+ is simple adverse selection. Good companies have a myriad of ways to raise $50 million privately and easily. That leaves the "bad" companies to sell direct to individual investors by way of a Reg. A+ offering.

Understandably, $50 million may sound like a lot of money, but on an institutional level, it's peanuts. Thousands of companies and funds exist for the sole purpose of making similarly sized investments in small American businesses. More than 50 publicly traded business development companies invest in Reg. A-sized businesses day after day.

Last year, private equity funds collectively invested in 748 small business deals with a combined value of $36 billion, according to Pitchbook. That's $48 million per deal, on average, in line with the $50 million maximum raise through a Reg. A "mini-IPO."

If you see a pitch for a Reg. A+ IPO, perhaps the best question you can ask is, "why me?"