The meal-kit provider jumped again as investor excitement builds due to new leadership.

Shares of Blue Apron Holdings Inc (APRN) were climbing for the second session in a row today after the company replaced CEO Matt Salzberg with Brad Dickerson, who had been serving as the meal-kit provider's CFO. Positive analyst sentiment seemed to help push the stock up today after it gained 8% on Friday. As of 11:46 a.m. EST Monday, the stock had gained 17.3%. 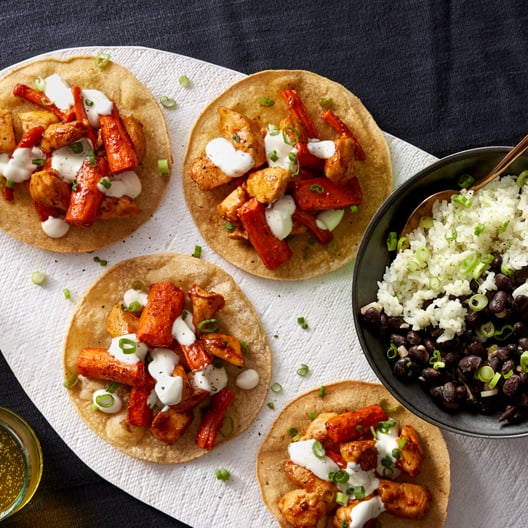 Shareholders applauded after the company said that Salzberg, who was also a co-founder, will become executive chairman and also remains as chairman of the board. Dickerson brings 11 years of experience in executive roles at Under Armour, where he served as CFO and COO at a time the company was rapidly expanding, and investors are hopeful he can guide Blue Apron through a similar growth phase.

The meal-kit service also got a vote of support from Barclays, after analyst Ross Sandler said the stock had reached a "stabilization point" as he believed it had finally hit a bottom. Sandler saw the promotion of Dickerson as a positive; he noted that the company said in the same press release that margins were improving, as well as on-time, in-full shipping rates at the new Linden, N.J. facility.

As a result, Sandler upgraded the stock form Under Weight to Equal Weight with a $4 price target, a 24% premium over Friday's closing price.

Replacing Salzberg with Dickerson seems like the right move as Blue Apron's five months as a public company under Salzberg's command was filled with missteps and weak results. The stock had fallen 70% from its $10 IPO price before last Friday's CEO announcement. The company experienced problems transitioning into the new Linden, N.J. facility, laid off employees, and reshuffled management. Revenue is now expected to decline in the current quarter. At a time when it was crucial to demonstrate the ability to execute and deliver, Blue Apron failed.

Dickerson certainly has a challenging job of ahead him, but some of Blue Apron's rivals, like Hello Fresh, have thrived as it's faltered, indicating there's an opportunity for the company to regain market share and return to consistent revenue growth. That should offer Blue Apron shareholders some hope going forward.