Shares of CVS Health (NYSE:CVS) fell as much as 6.5% on Monday after news broke that the company has officially reached a deal to acquire health insurance giant Aetna (NYSE:AET). 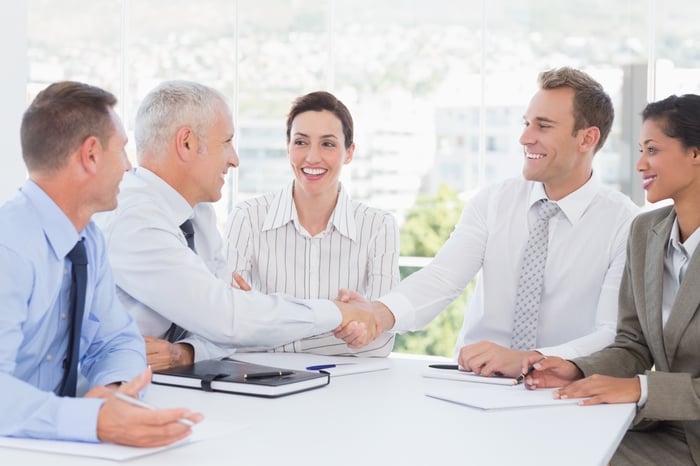 Why is CVS Health making this move? Here is the rationale that it's using to get its shareholders excited:

On the flip side, management also said that this deal would significantly increase the company's debt load. As a result, CVS Health said that its top priority after the deal closes is to pay down its debt. To accomplish that, the company said that it would suspend its share repurchase program and keep its dividend flat.

CVS Health's downward movement today suggests that Wall Street doesn't share management's enthusiasm for this deal. What's more, Aetna's stock is also falling today and is currently trading at a steep discount to the buyout price. That suggests that traders don't believe that this deal will ever see the light of day.

While this deal received the unanimous thumbs up from both companies' boards, its closing is far from a sure thing. Recent history shows that regulators are not afraid to take action when necessary. Also, this acquisition will likely result in mass layoffs if approved. That might not sit well with the Trump administration.

For what it is worth, CVS Health's management seemed confident that this deal would close without too much trouble since there isn't a lot of overlap between the two businesses.

Will the government ultimately give this takeover the green light? While anything could happen, I hard a hard time seeing it closing in its current format. Count me as a skeptic.