A solid beat-and-raise report provided plenty of rocket fuel for the clothing brands manager. Maybe too much, even.

Shares of G-III Apparel Group (GIII -2.23%) skyrocketed as much as 16.2% higher Tuesday morning, reaching that pinnacle just before 10 a.m., Eastern time. The maker and distributor of branded clothing reported third-quarter results before the opening bell, and it was a classic beat-and-raise performance. 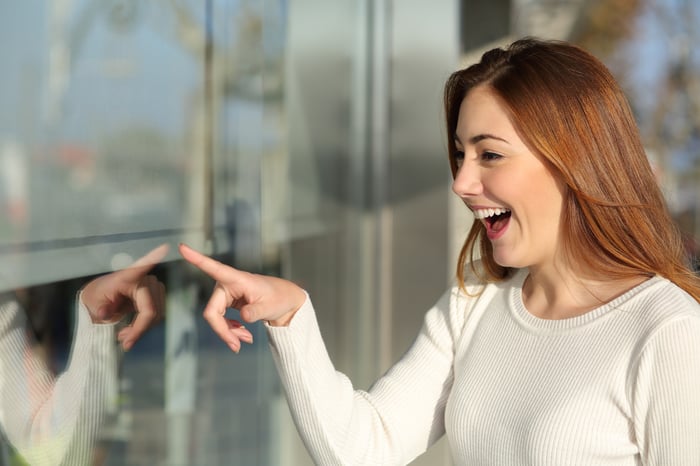 G-III's revenues rose 15% year over year, landing at $1.02 billion and slightly below the $1.03 billion analyst consensus. On the bottom line, adjusted earnings increased by 11% to $1.67 per share. Here, analysts would have settled for $1.54 per share.

Looking ahead, management held its full-year revenue guidance steady at $2.8 billion but boosted the non-GAAP earnings target from $1.18 to $1.38 per share. That works out to a fourth-quarter sales projection of roughly $713 million and earnings in the neighborhood of $0.07 per share.

G-III's stock has nearly doubled from the early summer's 52-week lows, but it's still trailing the S&P 500 market benchmark over the last full year. The spring season was brutal this year.

Shares are also trading at a generous P/E ratio compared to G-III's chief sector rivals. I'm not entirely convinced that the gains will continue at this pace, and G-III shares may actually be in line for a correction. Today's jump looks overly optimistic.