In response to reporting disappointing third-quarter results, shares of Duluth Holdings (NASDAQ:DLTH), a purveyor of clothing and accessories primarily used by tradespeople, fell 13% as of 10:00 a.m. EST on Thursday.

Given the lower-than-hoped-for financial results, it isn't hard to figure out why shares are selling off today. 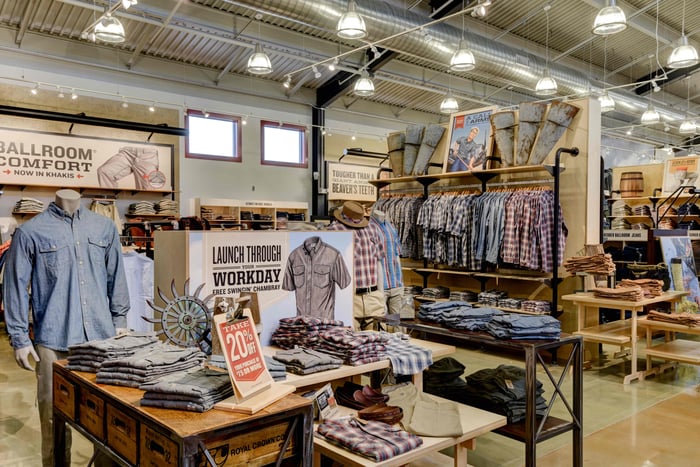 While it is disappointing to see that Duluth's financial results failed to live up to expectations, there are a handful of positive takeaways from this report.

First, the three new store openings during the quarter bring the company's year-to-date total to 15. That matches management's guidance for the year. It is also encouraging to see that they were able to meet this goal early enough to take full advantage of holiday spending.

Second, CEO Stephanie Pugliese shared that new customers acquired through its retail stores were up 81% year-over-year. This suggests that the company's retail and marketing strategies are paying off.

Finally, management also reaffirmed its guidance for the full year 2017. At the midpoint, that guidance calls for revenue growth of roughly 22% and GAAP EPS growth of about 4%.

In total, Duluth's rising sales and growing customer base continue to give bulls reasons to believe that this growth story still has legs. With shares currently trading near their 52-week low, this Fool thinks that right now is a great time for opportunistic investors to give this stock a closer look.