Positive earnings news boosted the healthy eatery, which has endured a rough few years since its IPO in 2014.

Zoe's stock, which hovered near a 52-week low, jumped nearly 14% on Nov. 10, a day after the company's release of third-quarter 2017 earnings, and the "ZOES" symbol continued to rise steadily throughout the month.

The company reported a 15.7% increase in revenue to $77.9 million. But perhaps more encouraging to investors, Zoe's achieved a comparable restaurant sales decrease of 0.5%. After adjusting for the impacts of hurricanes Harvey and Irma, Zoe's would have booked a 0.4% increase. While this may seem meager, it's well ahead of Zoe's current year "comps" trend, through three business quarters, of negative 2.6%. 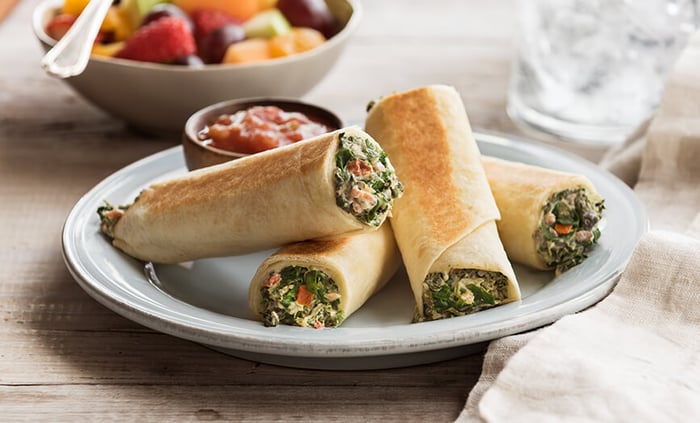 Zoe's was also able to exhibit better cost control, as restaurant margin, the direct profit the company makes on its locations before the application of selling, general, and administrative expenses, improved 13.4% to $14.6 million. The prospect of firming comps and more efficient operations snared an analyst upgrade from investment banking firm Jeffries, which contributed to the rising strength of shares through the month.

In its earnings release, the company announced that it would slow its fiscal year 2018 store opening schedule to 25 restaurants, from a previous targeted range of 25 to 30 locations. Of this adjustment, CEO Kevin Miles said, "We believe the reduced growth rate in 2018 will allow us to better manage our cash flows, focus on our sales driving initiatives, and continue to explore new ways to strengthen our business over the long-term in order to increase shareholder value."

While the reasons given above are logical, trimming the new store pipeline will also help shift the way investors perceive Zoe's. Since its IPO, Zoe's has emphasized its aggressive unit expansion as an asset. The slower growth signals that the company would like investors to evaluate it on are its ability to grow profitably, and improve net income and earnings per share.

During the company's third-quarter earnings call, which my colleague Andy Gould has analyzed in more detail here, management noted that menu innovation and digital ordering are starting to positively impact restaurant traffic. Further improvement in comps due to better traffic could certainly help lift Zoe's depressed stock price further in 2018.