Please ensure Javascript is enabled for purposes of website accessibility
Log In Help Join The Motley Fool
Free Article Join Over 1 Million Premium Members And Get More In-Depth Stock Guidance and Research
By Joe Tenebruso - Dec 9, 2017 at 9:31AM

It was another brutal month for the besieged retailer.

Early in November, reports emerged about how suppliers were cutting Sears' credit lines, shortening its payment terms, and even reducing merchandise shipments. These are the type of actions manufacturers take when they're concerned about a retailer's ability to survive. They can also accelerate a company's descent into bankruptcy by pressuring its liquidity, as well as bringing about inventory shortages and sales declines.

Later in the month, Sears' third-quarter results showed just how precarious its situation has become. Revenue tumbled 27%, driven by store closures and a 15% plunge in comparable store sales. Worse still, Sears generated a net loss of $558 million, or $5.19 per share. 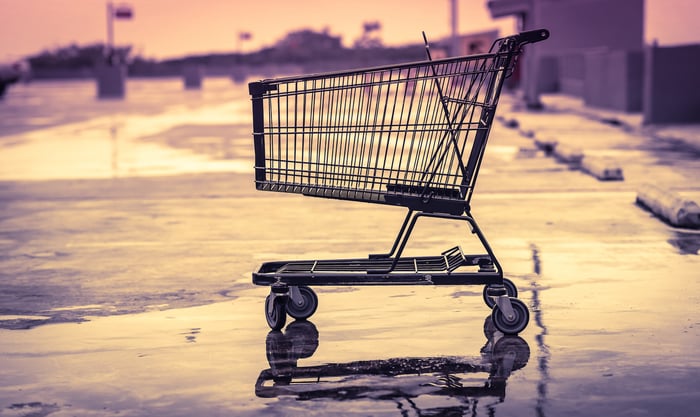 Sears is focused on cost-cutting and asset sales to stem its losses and raise the capital it needs to fund its operations. But cost-cutting can only go so far, and Sears has already shed many of its best assets.