If you had the guts to stay invested through the Great Recession -- or the good fortune to start investing in 2009 -- you have enjoyed one of the greatest rising tides you'll probably ever experience. Inclusive of dividends, for instance, the Nasdaq Composite has returned 340% during the bull run.

While investors in high-growth stocks have no doubt enjoyed the run, they also find themselves in an interesting predicament: Because of the market's torrid streak, it's becoming harder and harder to find high-growth stocks that still have room to run. 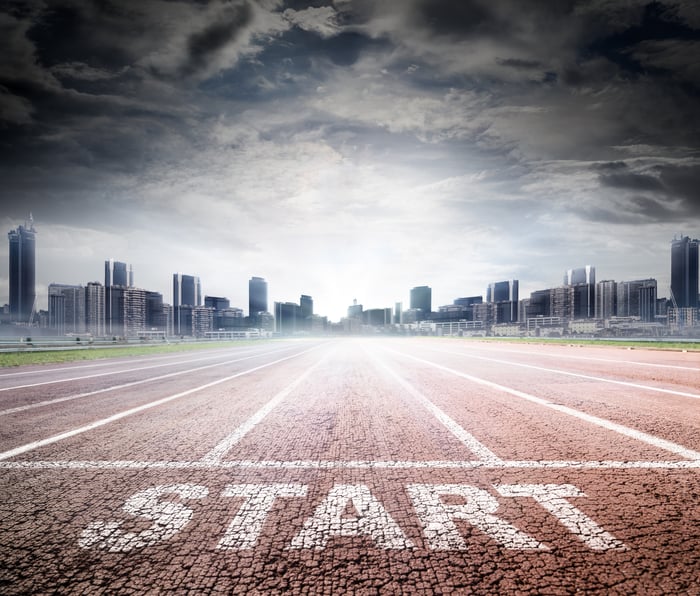 These companies are just getting started. Image credit: Getty Images

While there's no way to know for sure how much room really is left, three Motley Fool investors believe there's still lots more to come from JD.com (NASDAQ:JD), NV5 Global (NASDAQ:NVEE), and iRobot (NASDAQ:IRBT). Read on to find out why.

Off to a slow start, but speeding up quickly in China

Brian Stoffel (JD.com): There's no question who the top dog of e-commerce is in China: Alibaba (NYSE:BABA). The company acts as a market platform, and not a vertically integrated e-commerce machine. Buyers and sellers of stuff in China know that Alibaba or Taobao's website is where you can go to buy stuff directly from others.

The beauty of that business model is that overhead costs are relatively low. Alibaba scaled very quickly, because once it became the preferred destination, the network effect made it difficult for competition to encroach.

But in JD.com, I believe we have a player with potential to do just that. While Alibaba was starting to fly high in the aughts, JD's founder and CEO, Liu Qiangdong decided to take a  different approach: control most of the merchandise, and build out a huge fulfillment network. Over the past decade, that network has ballooned to seven fulfillment centers and 405 warehouses throughout China. And because it controls much of its merchandise, shoppers worry far less about counterfeit goods -- a serious problem in China.

So far, there's a lot to be excited about. In the most recent quarter:

Despite all this, JD trades for what I consider to be a very fair price: 24 times trailing free cash flow. Given that valuation, the opportunity in China, and the moat provided by vertical integration, I think there's still tons of room to grow.

A single leaf in the vast global infrastructure forest

Jason Hall (NV5 Global Inc.): Here in the U.S., hundreds of billions of dollars are spent on infrastructure projects every year. Globally, that number shoots past the $3 trillion mark. And with the global population expanding rapidly, and the need for massive infrastructure improvements in the U.S. because of years of under-investment, the amount being spent today is almost certain to increase.

That means there's a significant opportunity for tiny NV5 Global to steadily grow much bigger for years and years to come. The company, which specializes in infrastructure engineering and consulting services, is on track to generate less than $300 million in net revenue this year, a veritable drop in the infrastructure ocean, and tiny compared to the multi-billion dollar giants of the industry. 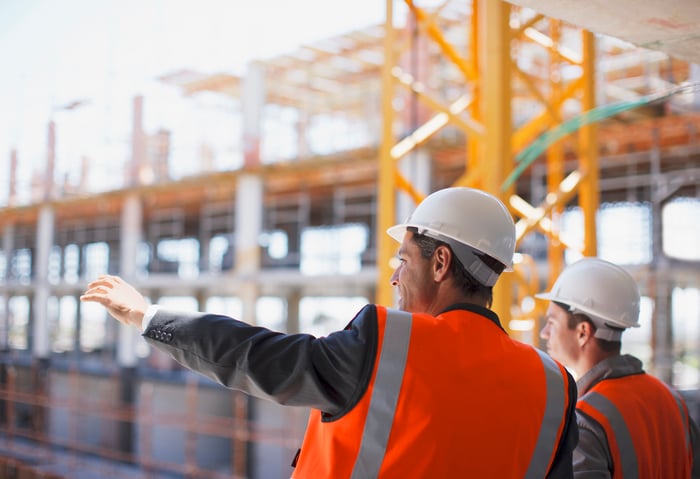 But NV5 is growing quickly. So far this year, net revenue is up 50%, earnings per share are up 29%, and management just increased its full-year guidance for earnings based on the acceleration of its growth.

How is the company growing so fast? In short, by consolidating a very scattered industry. There are over 100,000 engineering companies in the U.S., and under CEO Dickerson Wright, who has a strong record of building engineering companies, NV5 is steadily acquiring smaller firms, adding both technical skills and increasing its reach.

Growth by acquisition takes discipline and a steady hand. But between Wright's 10% stake and the heavily invested executive team which owns another 16% of the company, I think NV5 is the kind of company that can do it well. If so, an investment in the company today could create enormous wealth over the next decade.

John Bromels (iRobot): Betting on the top dog in a growing industry is a proven method for finding quality growth stocks. What's even better is if the industry is still in its infancy, and that's why I think iRobot is poised for huge growth.

The company's famous Roomba is the undisputed market leader in robotic vacuums, but it also manufactures robotic mops and robotic pool cleaners, too. Revenues have been steadily increasing, as have iRobot's profits. The company reported strong Q3 2017 earnings, with revenue up 22% year over year, and earnings per share up 8.6%. Based on these results, management increased its revenue, earnings, and EPS projections for the year.

In spite of the growth iRobot has already achieved, it's barely scratched the surface of the potential market. Market penetration of robot vacuum cleaners is less than 10%, and the markets for other types of consumer robotics -- think snowblowers, for example, or lawn mowers -- are even more open. If iRobot can continue its dominance in the consumer robotics market, the sky's the limit for its shareholders.