Please ensure Javascript is enabled for purposes of website accessibility
Log In Help Join The Motley Fool
Free Article Join Over 1 Million Premium Members And Get More In-Depth Stock Guidance and Research
By Keith Speights - Dec 10, 2017 at 9:07AM

They're two of the biggest of big pharma stocks. But which is the better long-term pick?

For Pfizer (PFE -0.23%), 2017 so far has looked better than the past couple of years in terms of stock performance. However, the stock's 9% year-to-date gain isn't anything to jump up and down about. AbbVie's (ABBV 0.42%) performance, on the other hand, warrants plenty of jumping. The stock is up more than 50% and is on track for its best yearly gain ever.

All that's water under the bridge, though. What really matters for investors is how stocks will perform in the future. Both Pfizer and AbbVie have solid potential, but which is the better choice for long-term investors? Here's how the two big pharma stocks compare. 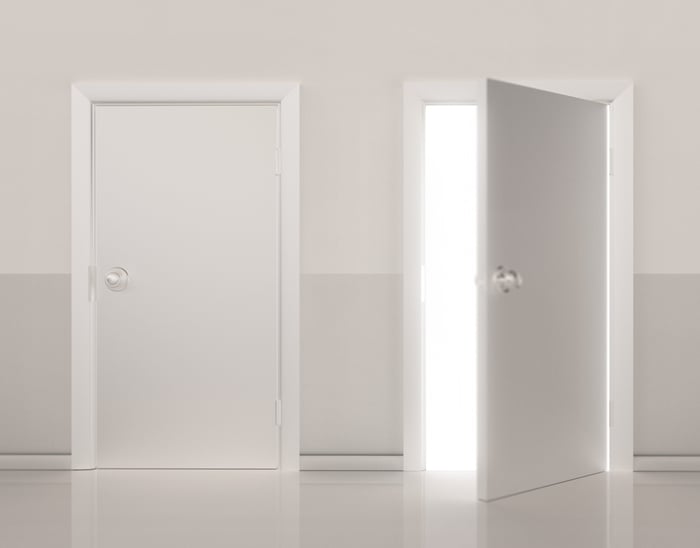 Pfizer's current growth stems in large part from five products: blood thinner Eliquis, breast cancer drug Ibrance, nerve pain drug Lyrica, rheumatoid arthritis drug Xeljanz, and prostate cancer drug Xtandi. However, the company faces headwinds for many of its products that have either lost exclusivity or soon will do so.

The drugmaker's pipeline includes an impressive 95 clinical programs. Pfizer awaits regulatory approval for 10 of those, with another 28 programs in late-stage testing. Some of these programs are pursuing additional indications for already-approved drugs, but others, such as pain drug tanezumab and breast cancer drug talazoparib, haven't hit the market yet.

AbbVie, meanwhile, has relied on its powerhouse autoimmune disease drug Humira to drive growth in the past, and the company expects continued, albeit slowing sales growth for the drug. AbbVie also has cancer drug Imbruvica in its lineup, which is on track to generate sales of $2.5 billion this year -- up more than 40% year over year. In addition, it recently launched hepatitis C drug Mavyret, which could become another blockbuster for AbbVie.

Wall Street analysts project that Pfizer will increase annual earnings by around 6% in the coming years, an improvement over the drugmaker's recent growth. Analysts think that AbbVie will grow its earnings by 15% annually.

Both of these pharma stocks appear to be attractively valued. Pfizer shares currently trade at 22 times trailing-12-month earnings and less than 13 times expected earnings. AbbVie's trailing earnings multiple stands at 23, with a forward earnings multiple of 14.

Investors also have a lot to like about both companies' dividends. Pfizer's dividend yields 3.6% right now, while AbbVie's yield is just under 3%. Pfizer currently uses around 78% of its earnings to fund its dividend program. AbbVie's dividend payout ratio is 60%. Neither company's dividend appears to be in jeopardy.

AbbVie claims the better track record of dividend hikes. Since being spun off from parent Abbott Labs in 2013, the company's dividend has increased by nearly 78%. Pfizer has also increased its dividend, with growth of 33% over the last five years.

I like both of these stocks. In fact, I own shares of both of them. Pfizer has the higher dividend yield, which is a big plus. It also has an advantage in valuation based on earnings multiples.

However, AbbVie's growth prospects are much higher than Pfizer's. Factoring that potential growth in, AbbVie is the more attractively valued stock. And while its yield is lower than Pfizer's, that's mainly a factor of its tremendous stock performance this year.

Of course, the dynamics could change for either of these companies. Both Pfizer and AbbVie have made key acquisitions in recent years and could do more in the future. I'd bet on both of them doing more deals in 2018. Also, Pfizer is considering spinning off or selling its consumer healthcare business. Shareholders have enjoyed nice gains as a result of the company's spinoff of its animal health business, now known as Zoetis. It's possible that they could have similar prospects if Pfizer chooses to spin off the consumer unit.

Still, I don't think any changes resulting from acquisitions, divestitures, or spinoffs would fundamentally alter the decision before us right now. AbbVie is the better buy. Some stocks offer only growth, attractive valuation, or solid income, and not all of them. AbbVie, on the other hand, is strong on all three counts, making it the best big pharma stock on the market in my view.